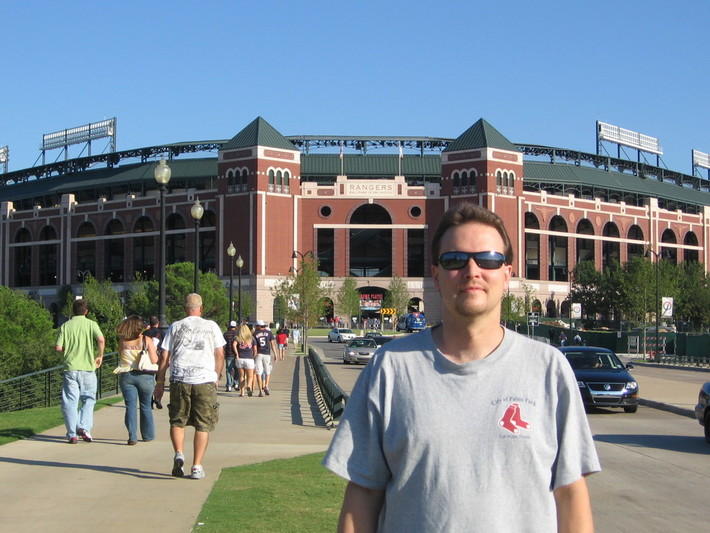 What is your hometown ballpark?
FENWAY PARK

What is your favorite ballpark?
PNC PARK- PITTSBURGH

THE JOURNEY FOR THIRTY

After attending a game at Coors Field on Monday, September 12th, I have now seen a game in all 30 current MLB parks and 35 in all. This journey began in April of 2005, taking five and a half years.

Along the way I have also attended spring training games in both Flordia and Arizona, an All-Star game (Pittsburgh 2006), two home run derbys (Pittsburgh 2006 and Yankee Stadium 2008), and the ALDS, ALCS, and World Series (all in 2007 at Fenway Park). Perhaps the crowning achievement was a trip to Tokyo in 2008 to watch the Red Sox and A's.

It has been nothing short of a privaledge to be able to accomplish this life long goal. I am very grateful to have had the means, both money and time off, to be able to pursue and complete my dream. The memories will last a lifetime.