Curtis Granderson is a three-time American League All-Star and has signed a huge contract with the Mets that will pay him $60 million over the next four years.

Granderson played baseball for three years at the University of Illinois-Chicago (UIC) from 2000 through 2002.  He had a monster year in 2002, hitting .483 (second in the nation) on 100 hits and scoring 76 runs, all still school season records.  He is also still the career leader for UIC in runs scored with 178 and 10th on the all-time list with a .350 career batting average.  He was drafted following his 2002 season by the Detroit Tigers and did not return to the Flames to play for his senior year.  He later graduated from UIC with a bachelor’s degree in business administration and marketing, however.

Granderson has not forgotten his roots and donated $5 million dollars to the school to help fund the construction of a new baseball stadium on the school's campus.  The field will be named Les Miller Field at Granderson Stadium in honor of Miller, who managed the Flames' baseball team for 31 seasons from 1949 through 1979 and Granderson, benefactor and the school's most famous baseball playing alum.

Here is an artist's rendering of the completed stadium: 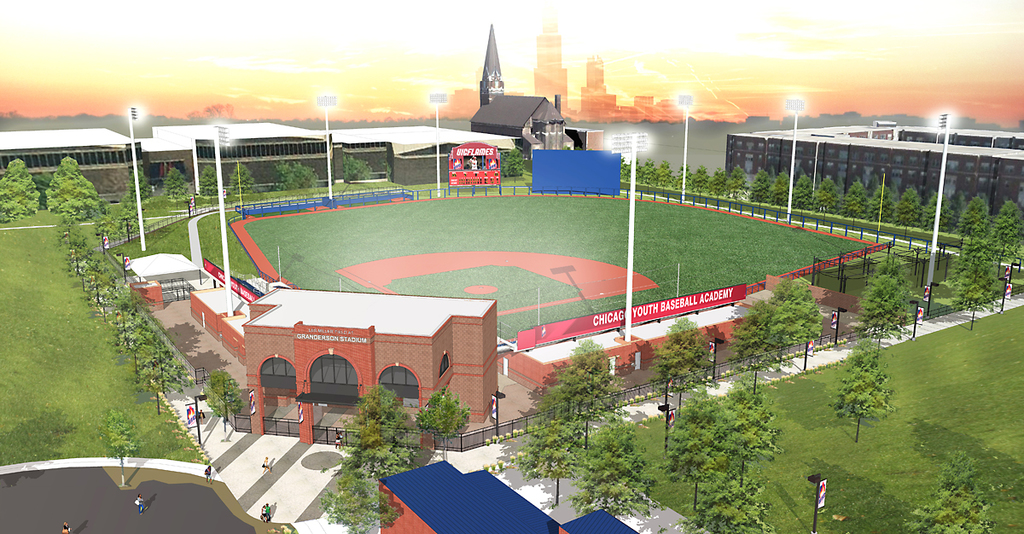 I happened to be at UIC this past weekend for my sons' swim meet and was able to take a peek at the progress of construction between races.  The view from the field of the Chicago skyline is gorgeous: 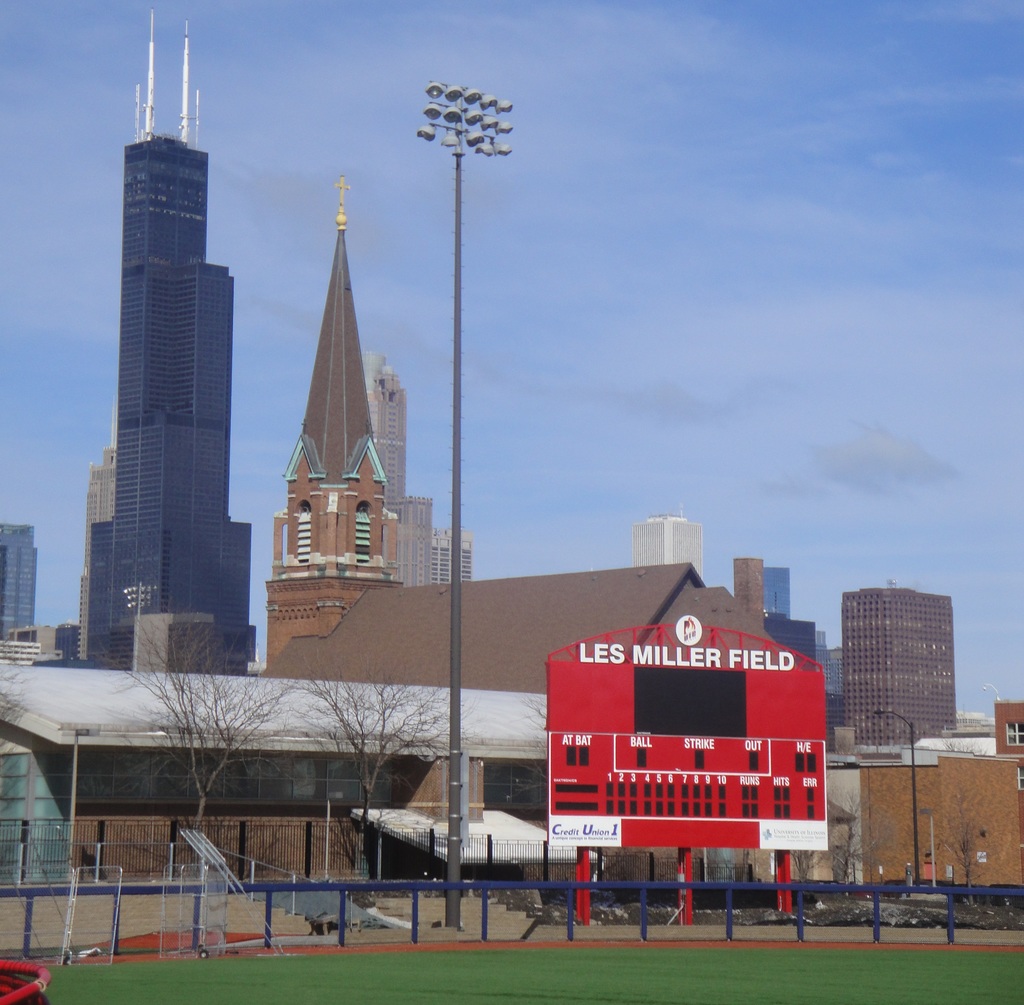 Here is the grandstand: 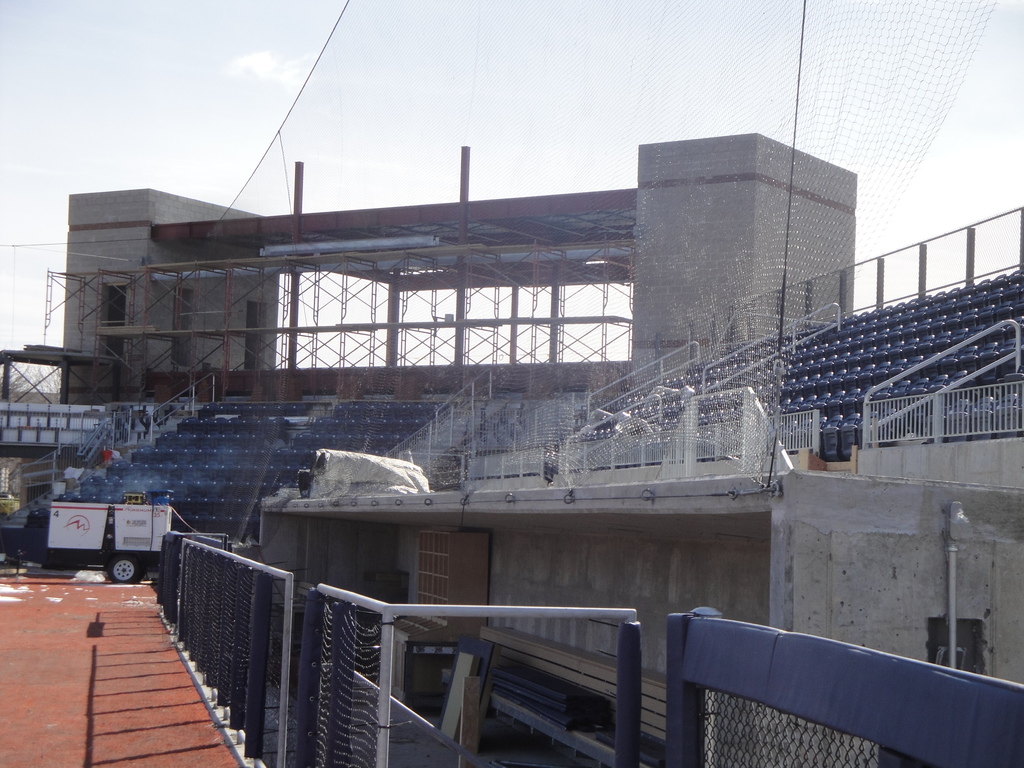 A view of the field - synthetic turf and infield: 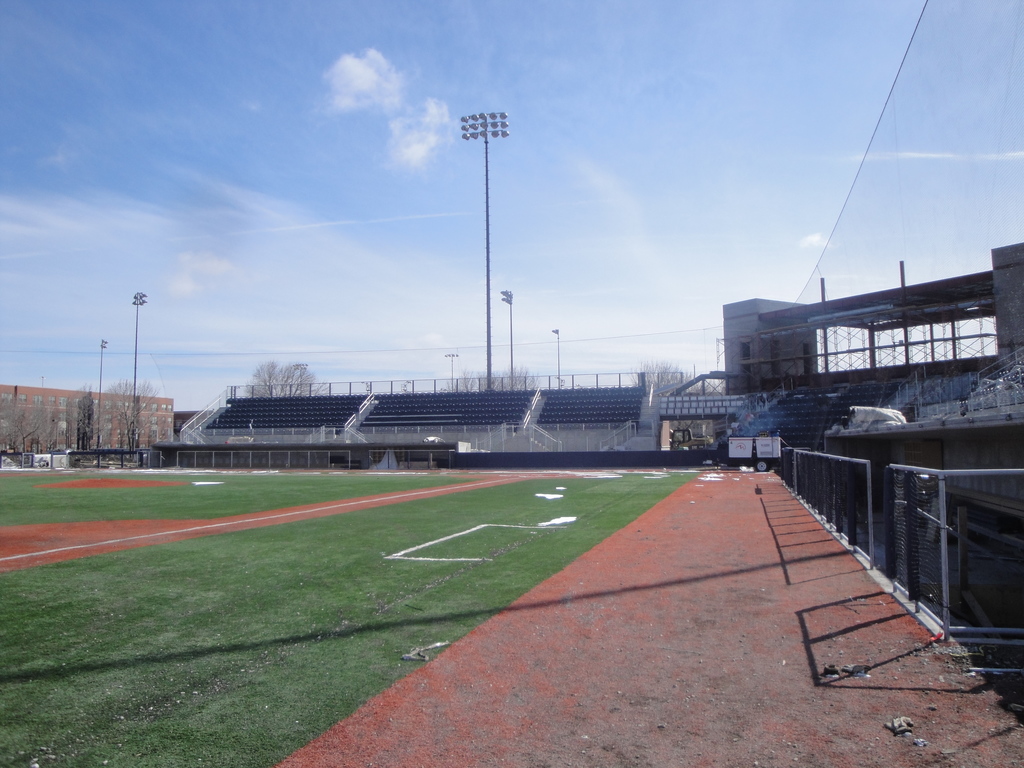 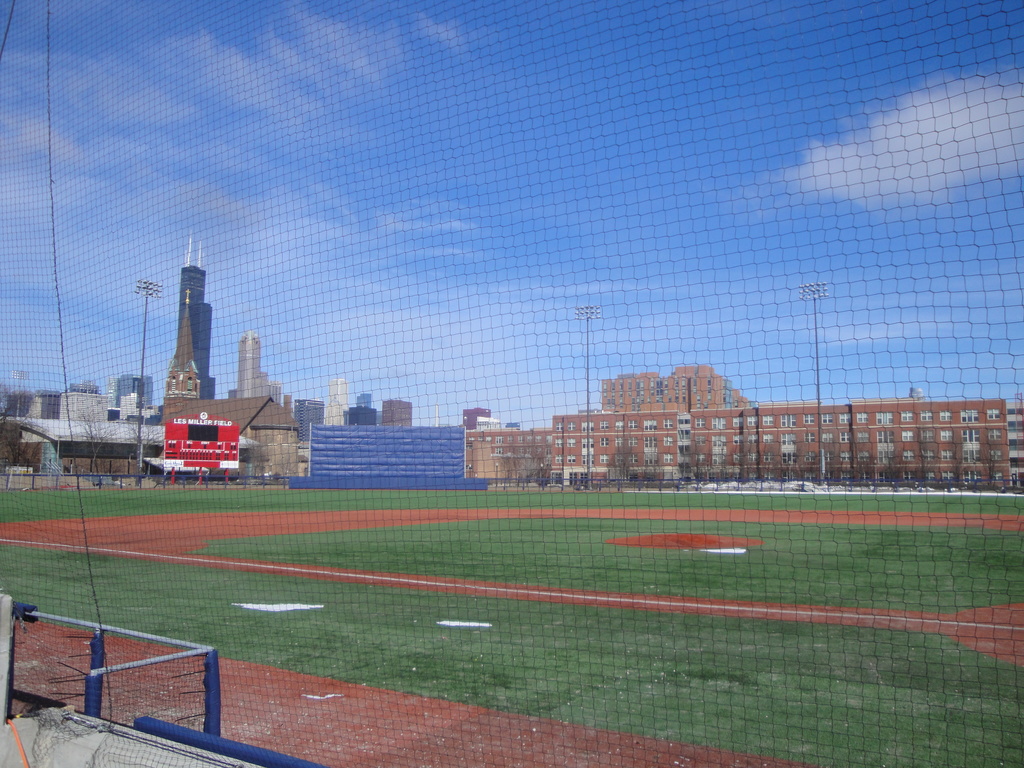 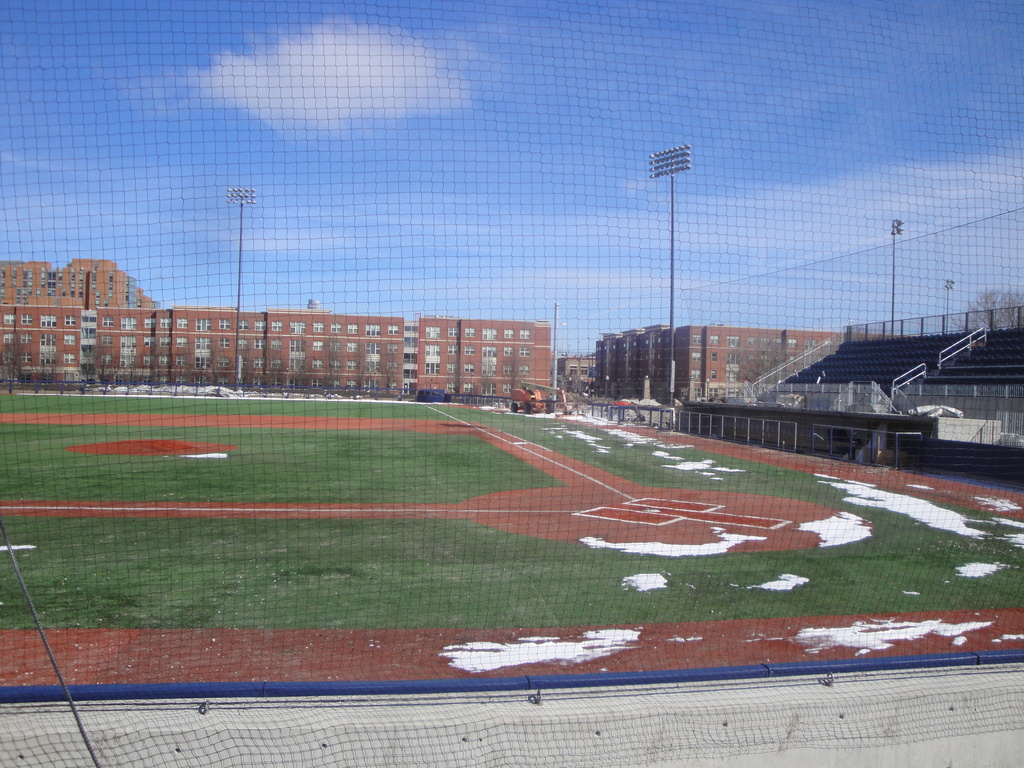 looks really nice. I would love to see a game there some day as I have seen college games in 84 parks big and small

As an alum and fan of UIC's rival Valpo, I'm both incredibly jealous of the renovations and pleased that the Crusaders got to spoil the Flames' first ever game at the renovated park.

Recruiting against programs playing in ballparks like this one and Nischwitz Stadium at WSU will make things tough on Valpo. I hope the proposed new baseball stadium is approaching the top of the "to build" list.