A lifetime Reds fan here and let me say...Woooohooo!

I grew up watching Barry Larkin and am so happy for him.

That said. Have any of you been to Cooperstown during a HOF weekend?

I have been before and loved it. It was on an off weekend...but still very busy. I only ask because part of me would love to be there to witness Barry walk into the hall, but the other part of me worries that this may be the worst weekend to visit due to crowd size.

If I were to go I would be taking my wife and 2 of our very close friends....all of which have never seen the baseball HOF or Cooperstown.

It would definitely be a very busy weekend but I think it would be great. Book something now though if you are going as they book quick.  There is a parade on Sat night with all the HOFers.

Id say go for it. I am definitely heading to Cooperstown this summer for another trip. Went 2 years ago (had been boycotting until Jim Rice made it) and really enjoyed it.  Had the room with the plaques to myself.  Was awesome.  I would probably try to stay a couple of days after the inductions and that is when I would actually go into the HOF.

There is a lot of other sights to see in the area. There is a great car museum, Ommegang Brewery, Cooperstown Brewery, bunch of wineries, a bunch of lakes (not just the one right there). You have Howe Caverns a short drive away.

Newbie to the site but I can tell you a little bit about HOF weekend.  I have been to two....Steve Carltons and then again for Mike Schmidt (and Ashburn).  There were zillions of people there who came the short drive on busses to  Cooperstown.  Not sure how the crowds will be for Larkin but there will be larger crowds than usual no matter how you look at it.  Remember this is a small town most of the year but induction weekend is crazy.  As for visiting the HOF and museum during this weekend....the crowds make it nearly impossible to see the exhibits in the fashion they should be. 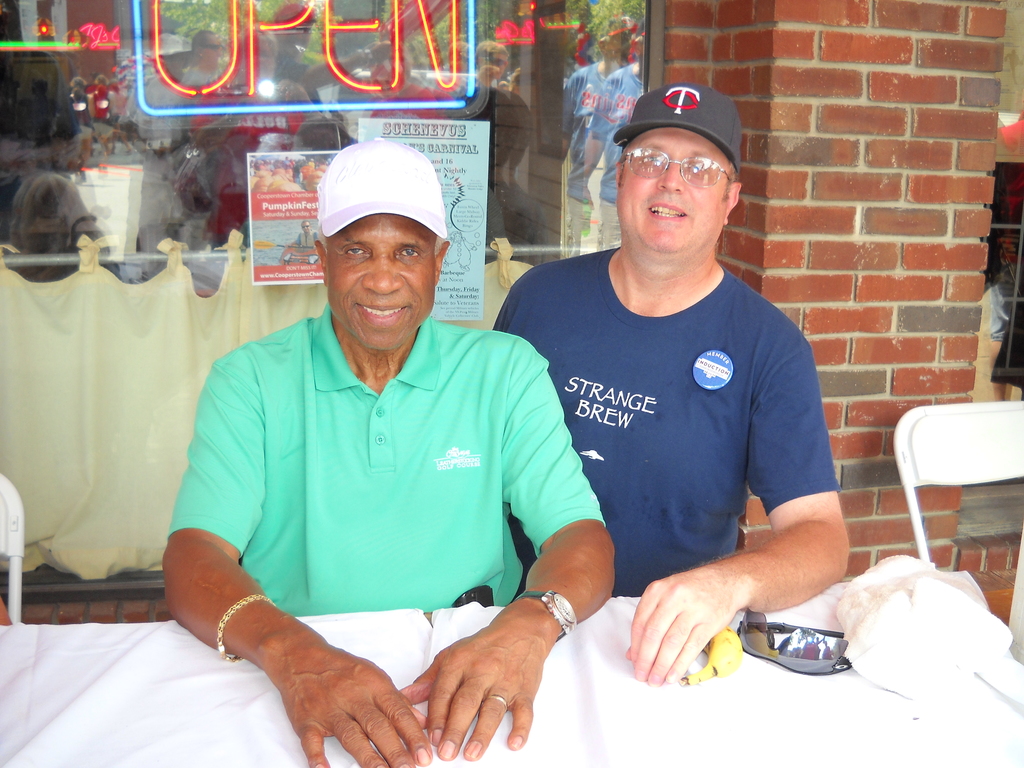 I was there last year for Bert Blylevens induction. It was a fantastic weekend! I went with a group on a bus which made it a lot less stressful IMO. We stayed in Utica (about 35 miles) Fri & Sat nights and took the bus into Cooperstown.

As earlier posters said, it does get very crowded. We arrived early Friday and beat some of the crowds at least. Still a lot of fans, but not as crazy as Saturday.  The parade was pretty cool. Get out a bit early if you want to get good pictures of the parade. We lucked into a fairly decent spot on the steps of the Post Office right across the street from the HOF.

The one thing that was disappointing was the prices and costs of souvineers. Autographs were not cheap to be polite. One thing I did like was that a lot of the HOF'ers would be outside some of the stores right after doing their sessions, they would chat a bit with fans and most of them would let you get a picture taken with them for a small donation to charity.

There was so much to see and do! Interviews at Doubleday Field, browsing the shops, the HOF of course...so hard to get it all in, even with 2 days to do it!

We also took the bus to the Omegang Brewery and took the tour there, very fun and the beer tasting at the end was great! Recomended if you are a beer fan.

As for the induction ceremony itself, it is at a sports complex on the edge of town. Our group was able to go there on Sat morning and stake out an area as close we could for our group. Bring a few stakes and maybe some yellow warning tape to mark off a spot for your gang.

Good luck on your trip! You will remember it forever!

Here is a picture from our spot at the induction!

Top photo is HOF'er Frank Robinson and me! 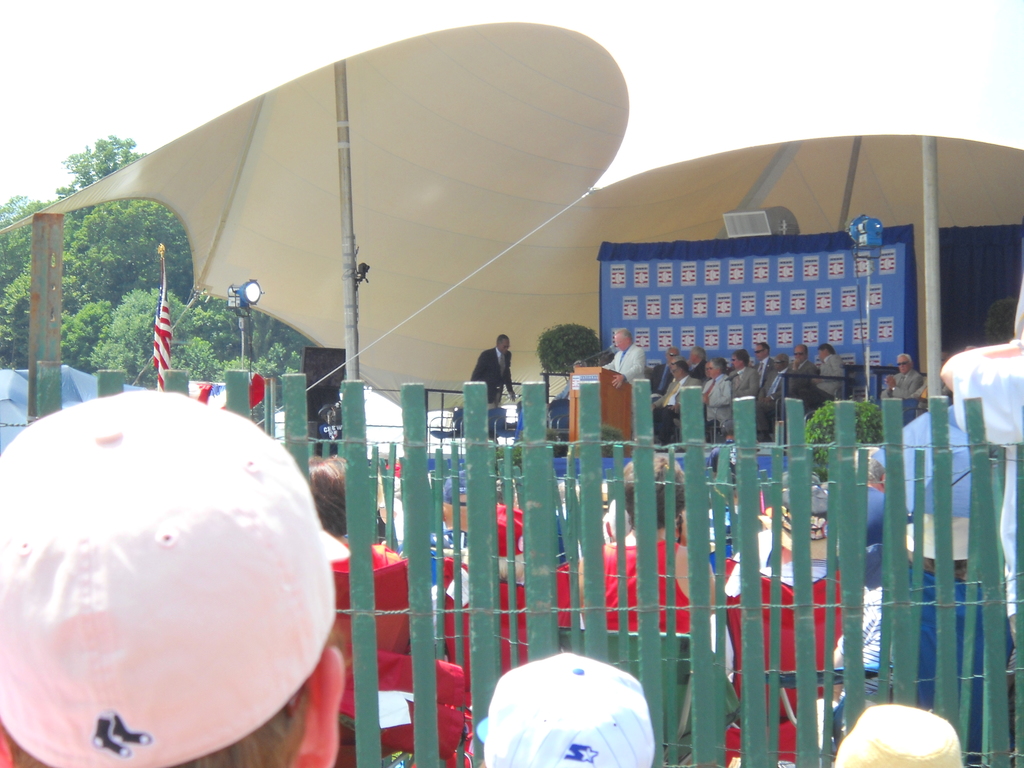