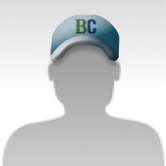 How many current MLB ballparks have you visited?
27

What is your hometown ballpark?
Minute Maid Park

What is your favorite ballpark?
Fenway Park

I’ve been rained out of eight MLB stadium visits, but I’ve made up all of those except for Yankee Stadium.

The spring and summer of 2018 were a lot of fun, and then I returned to graduate school that fall, which has shifted my priorities. I thought I could get to all of the active stadiums by 2020 but I had trips to Florida and NY delayed by COVID. Hopefully 2021.