OK, so I haven't hit up all 30 MLB Parks yet. I will, eventually. Like the economy, my travel plans have hit the wall....for now . But this past Wednesday was a little personal milestone for me. Having seen the Royals play the Angels in Anaheim this past Wedensday, 5/15/2013, I can now officially say that I have seen all 30 MLB teams in action live !!! Another one of these "so-called" baseball fans bucket list of things I can now cross off. And it only took me 31 years to do this !!!!

Being a Dodgers fan growing up in L.A. , I never really had many chances of going out to Anaheim and catching an Angels game. And since my childhood was long before InterLeague play, ( I can't believe I said that !!!! ), seeing teams from the AL was almost impossible. ( My first game involving AL teams was in Oakland in September 1992 between the A's and Red Sox, before Mt. Davis...) . As interleague play came to play in 1997, it became easier to see other AL teams. ( FYI, I was originally opposed to interleague play when it first started...) . I was asked by a casual fan at the game the other night what the experiences we're like seeing each team. I couldn't quite come up with an answer for that. Had he asked what the experiences we're like in each stadium i've travelled, I would have a lot to talk about. I will say one thing, being that I love to keep score, I do notice that my scorecards in the NL tend to be somewhat "messier" than the one's in the AL....

However, my ballpark journey's have allowed me to see as many teams possible. But even with all the travelling I've done over the years and with the help of interleague play, until Wednesday I had never seen the Royals live. They only came to Dodger Stadium in 2003 and other times I just never really had the chance to make the trip to Anaheim from L.A. to see them. ( I only make it to about 1 or 2 Angels games as opposed to about 10 to 15 Dodger games a year ).

This is also a little personal milestone for me because of all the major sports baseball I would say is the one sport that is affordable, plus, I in many ways feel that to say that you've seen every professional team in a major sport play live really is not an easy feat in itself, especially for many fans who don't live in 2 market cities like L.A., New York, Chicago, or the Bay Area . Oh yeah, let's not forget costs either. ( And i'm not talking about the fortunate season ticket holders either....). I mean, really, let's take football for example. Only 16 games a year, most of us would be fortunate if we made it to 1 game a year !!!! 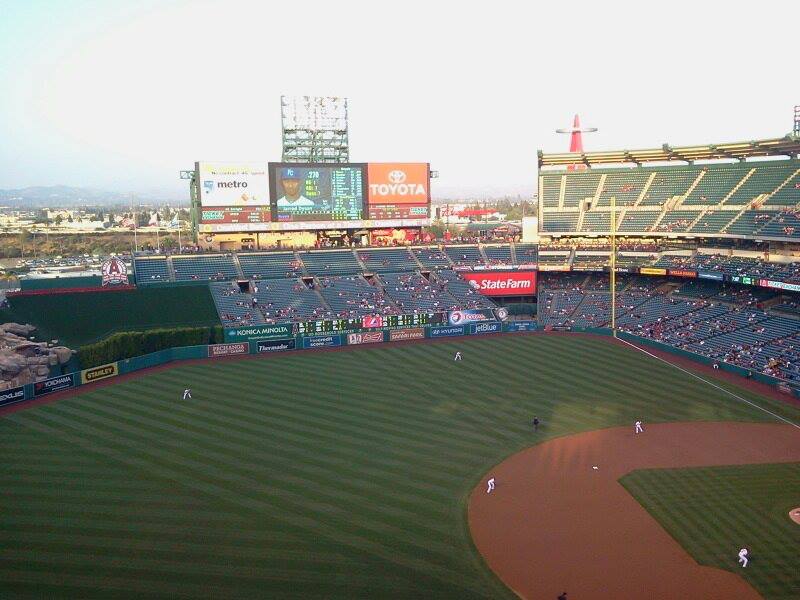 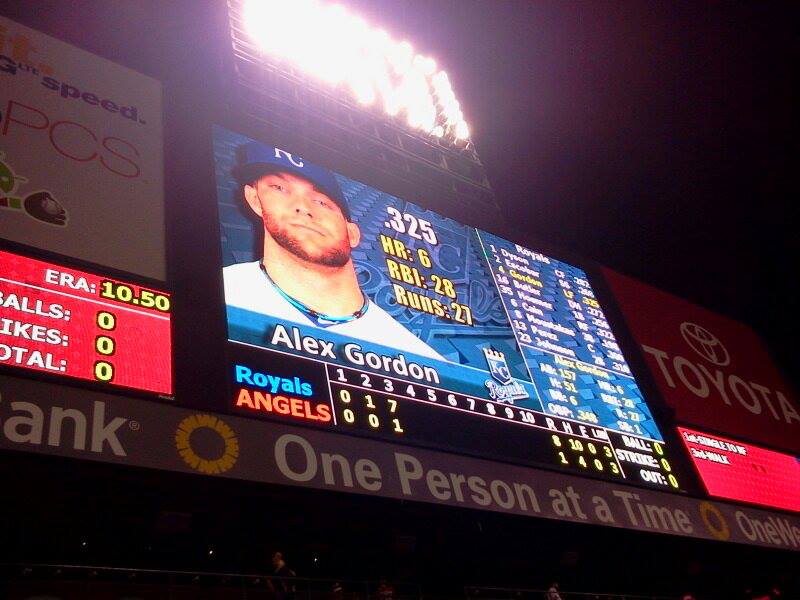 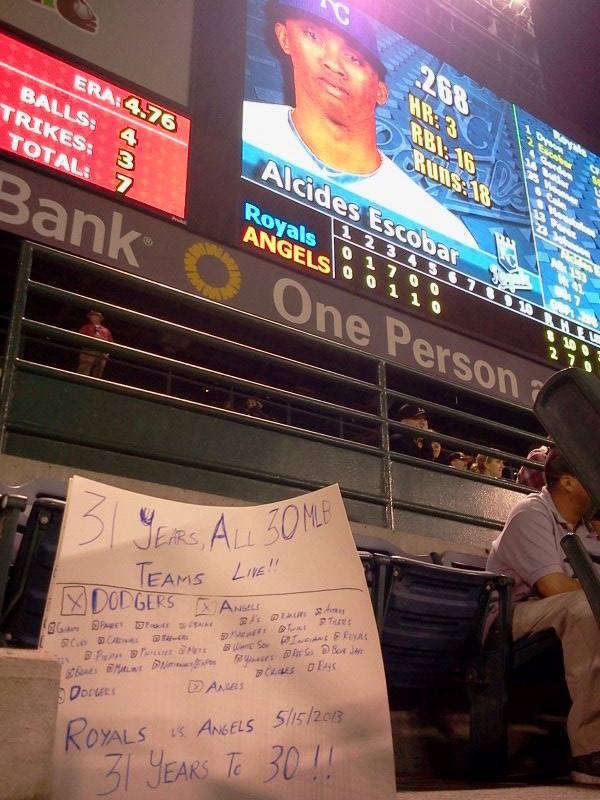 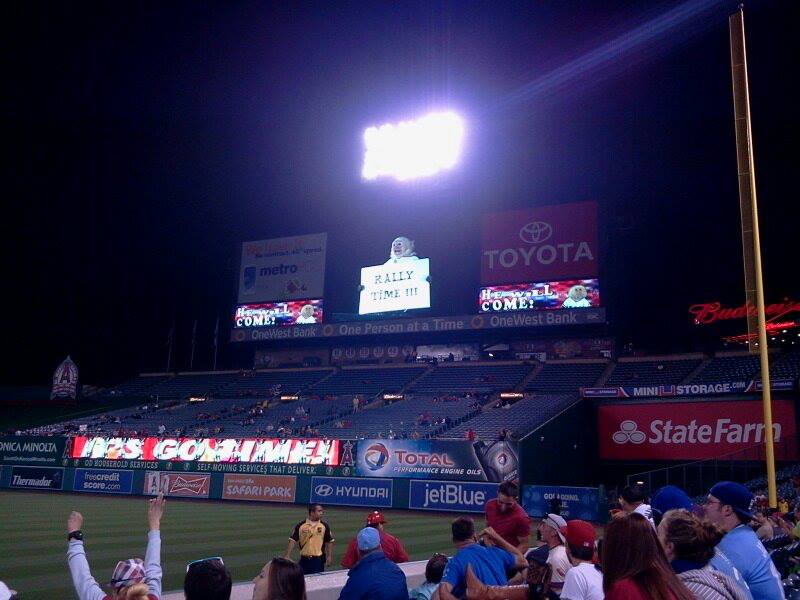 He's made a lot of appearances this year.... 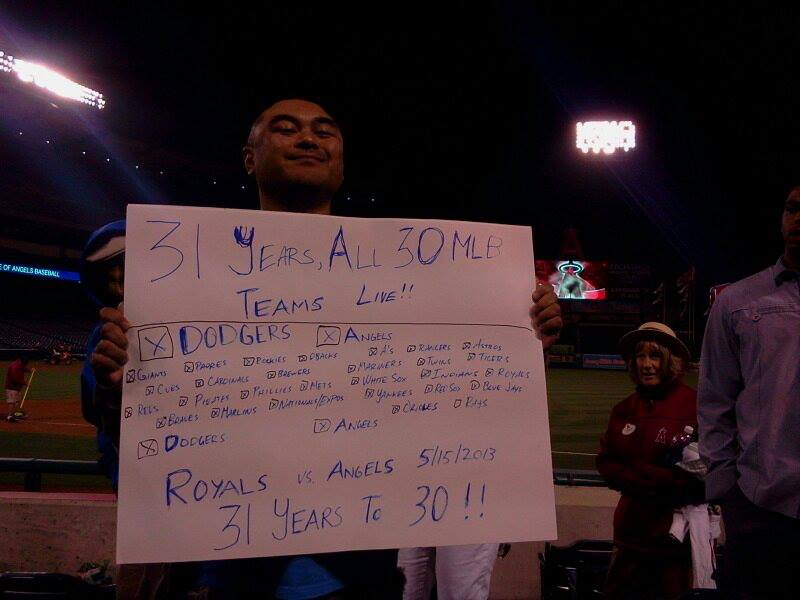 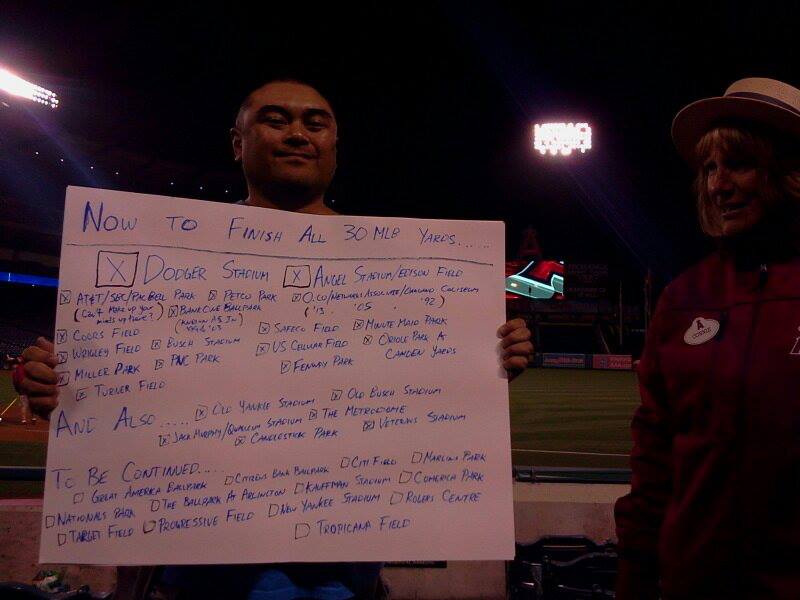 That is cool, Andrei! Congrats! I wish I would have tracked this myself. Maybe it's time to pull out my old ticket stubs! :)

Congrats! I'm 3 teams away from crossing that milestone off my list as well. I still need to see the Braves, Diamondbacks, and Orioles. I'm going to Atlanta next month to cross that one off, and may see the Diamondbacks later in the year!

Congratulations and good luck on your next quest.

Congrats! I remember the night I finally saw all 30 teams play live as well. Was August 24, 2004. I finally saw the Devil Rays play (was in Seattle on Jay Buhner's Mariners HOF Induction night). Its a great accomplishment. Congrats on this step and cheers to the next! :)