How I Became a Corporate Sell Out at Miller Park 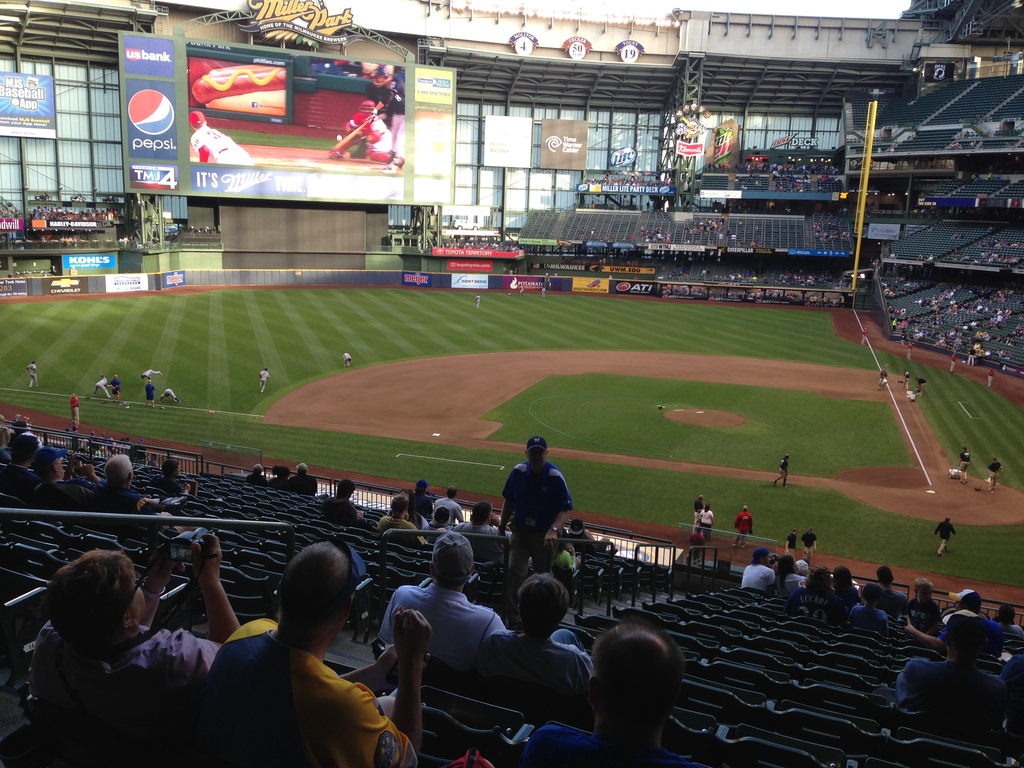 I guess this is what it feels like to sell out. I vowed I would never let this happen, but it did. I was in the Milwaukee area for work and had the opportunity to attend the Brewers/Mets game from the Dew Deck at Miller Park. And I wore slacks to the ballgame. 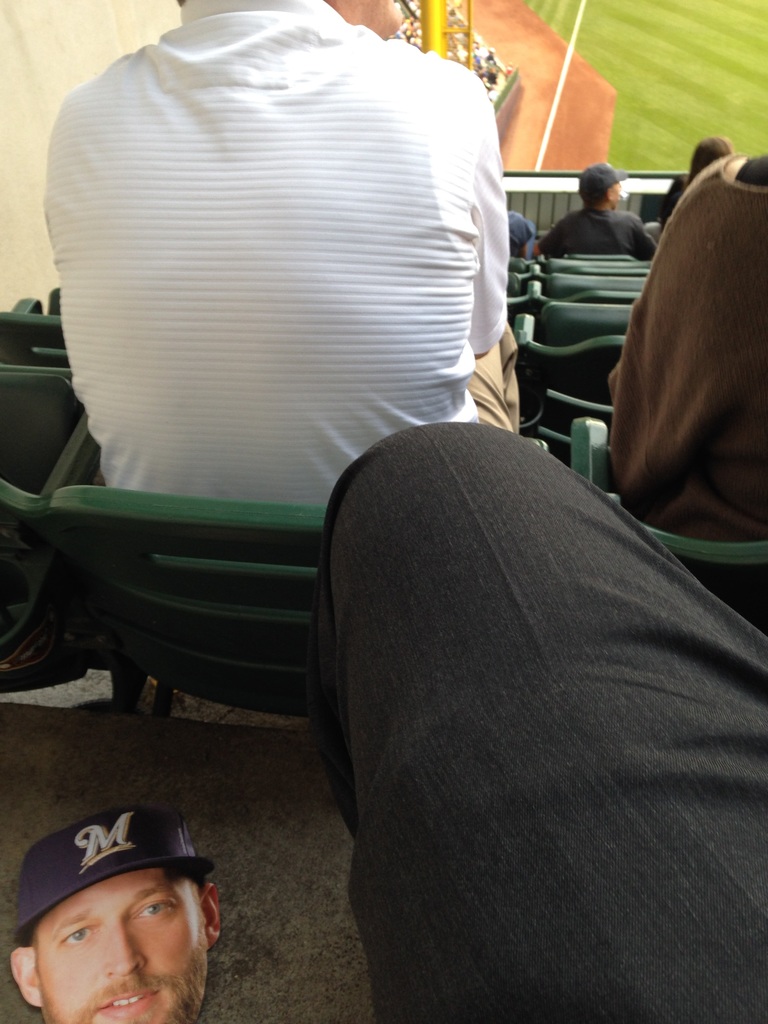 I had been to Miller Park on a couple of occasions prior and had attended numerous games at Milwaukee County Stadium and have always started the game with a tailgating session of some proportion. This was a much different experience.

After parking my car, I locked up and headed directly for the park, as 100s of others were enjoying their tailgate celebrations. Much to my delight, however, was learning that my “Dew Deck” ticket included a buffet, two free beers and all-you-can-drink Pepsi products. 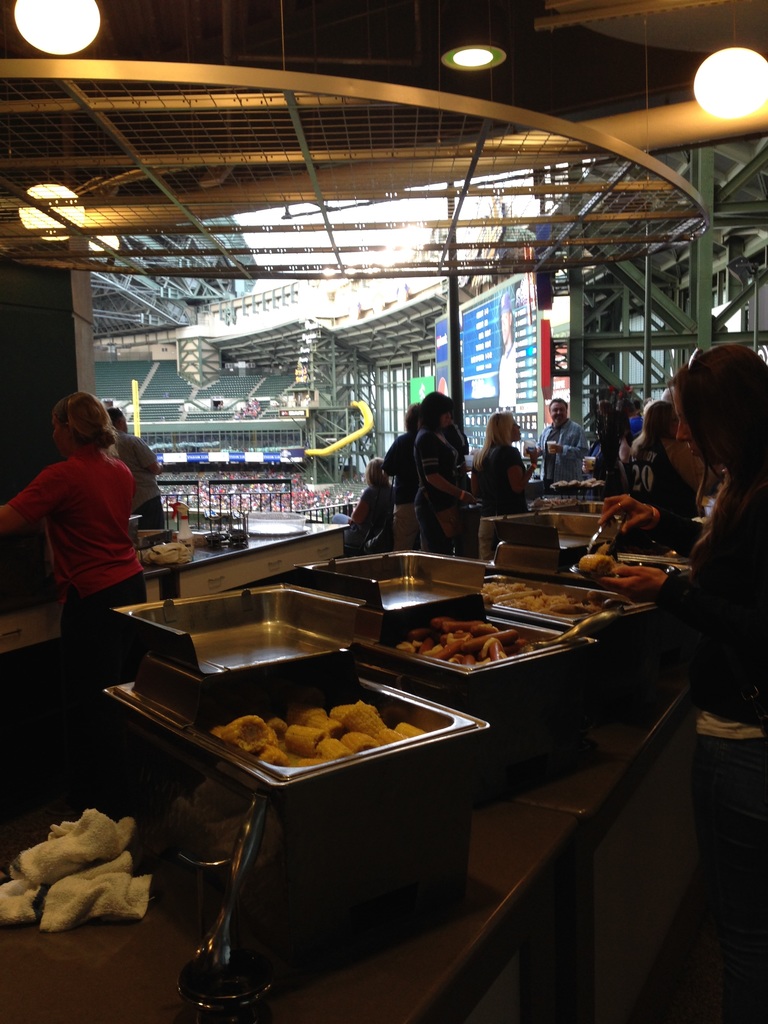 First, I enjoyed a brat with the world famous secret stadium sauce (that you can now buy in the gift shop). Then I had a hot dog, grabbed the first of my two free Miller Lites and headed off to make some small talk with potential clients.

I then enjoyed my second free beer and settled in to watch the game. It is nice that the ticket included an assigned seat so you are not relegated to just milling around the deck area, hoping to get a good view of the game. I also helped myself to a couple of Mountain Dews, since it was there. The view from the Dew Deck was okay but you would lose sight of the ball when it was hit to the warning track in right field. On a few occasions, we had to simply guess the outcome of the play based on fan reaction.

After the folks I was there to chat with left the game in the 6th inning and I was now flying solo, I took the opportunity to walk around before hopping into a nice seat on the loge level. I found myself a Tallgrass Brewing 8-Bit Pale Ale and settled into watch the rest of the game. 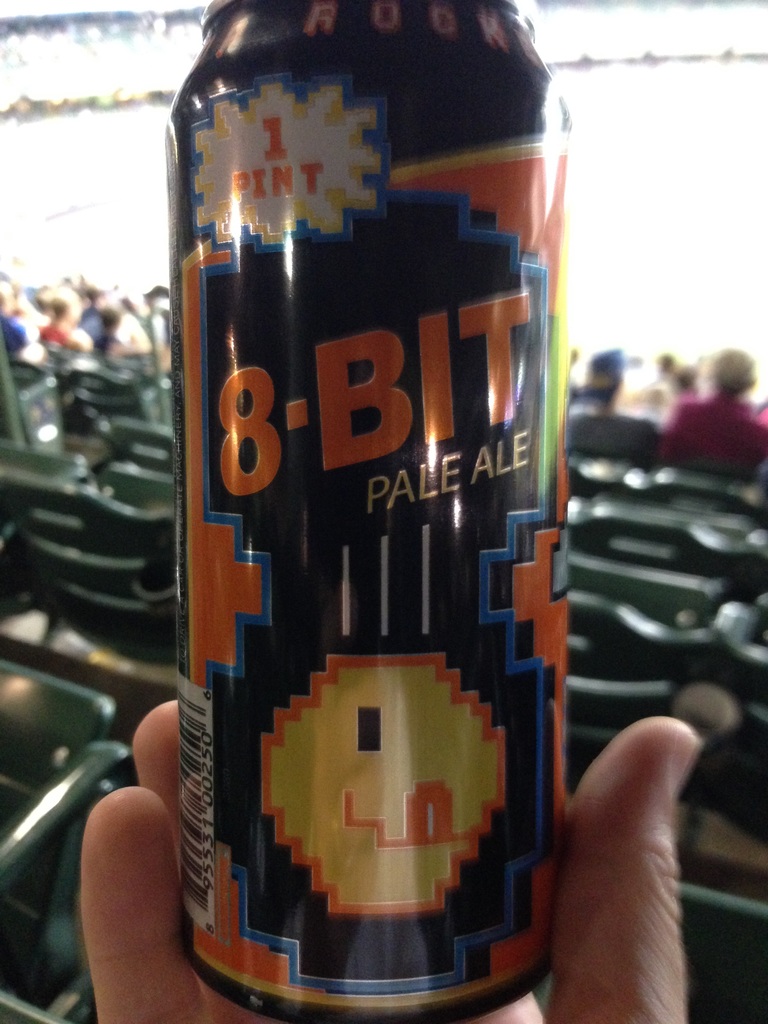 As a Cubs fan, it was nice to see a first place team in action. Former Cub Matt Garza started the game and tossed a gem, giving up just one run over 8 innings and another former Cub, Tom Gorzalanny, came in to finish the game. The Brewers hit four homeruns on their way to putting up 9 runs and easily outpacing the Mets lone tally.

Overall, I liked the experience on the Dew Deck but probably half of the people there did not seem particularly interested in watching the game and by the 7th inning, the deck was mostly a ghost town.

I still can’t believe I had to wear slacks to a baseball game.

This was fun to read John! Slacks to the game? Really? :)