It has been quite an eventful year since I signed up for Ballpark Chasers last year. I have been visiting out of town stadiums off and on since 1985 and while my count steadily climbed, I never completed all parks in MLB.

This year, on August 18, I completed that goal with a visit to Safeco Field, the last place I hadnt been. With that game, I have now visited all 30 parks in MLB and 36 in total, including those that are no more.

I had a very aggressive travel schedule this… 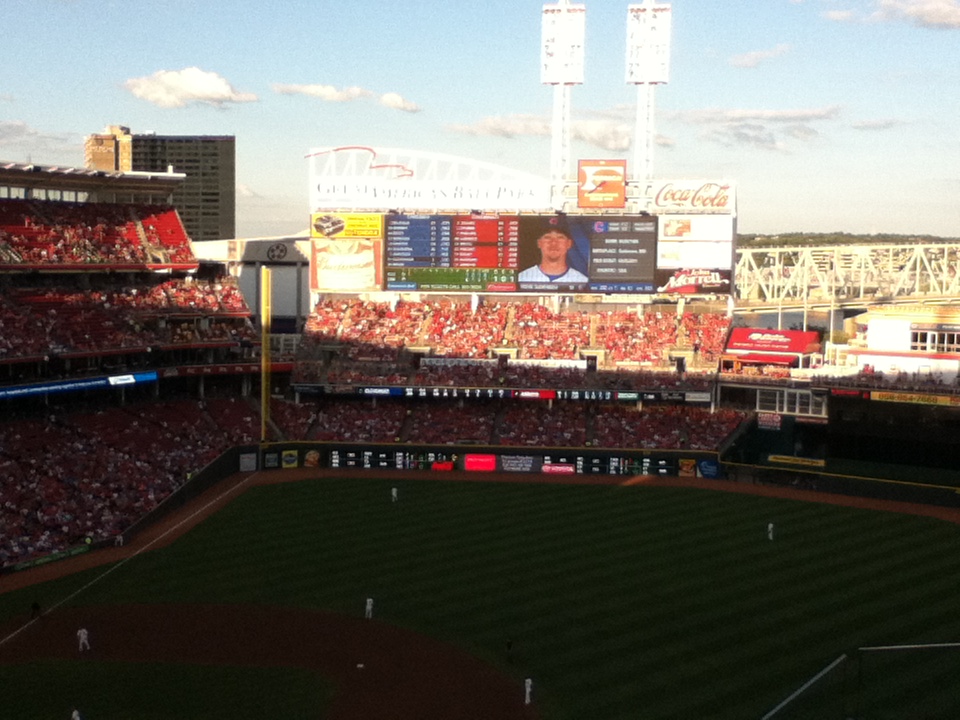 With a visit to Great American Ballpark this past weekend I am officially at 15 current parks and halfway to 30. I even saw my first AAA game in Columbus on Thursday night. 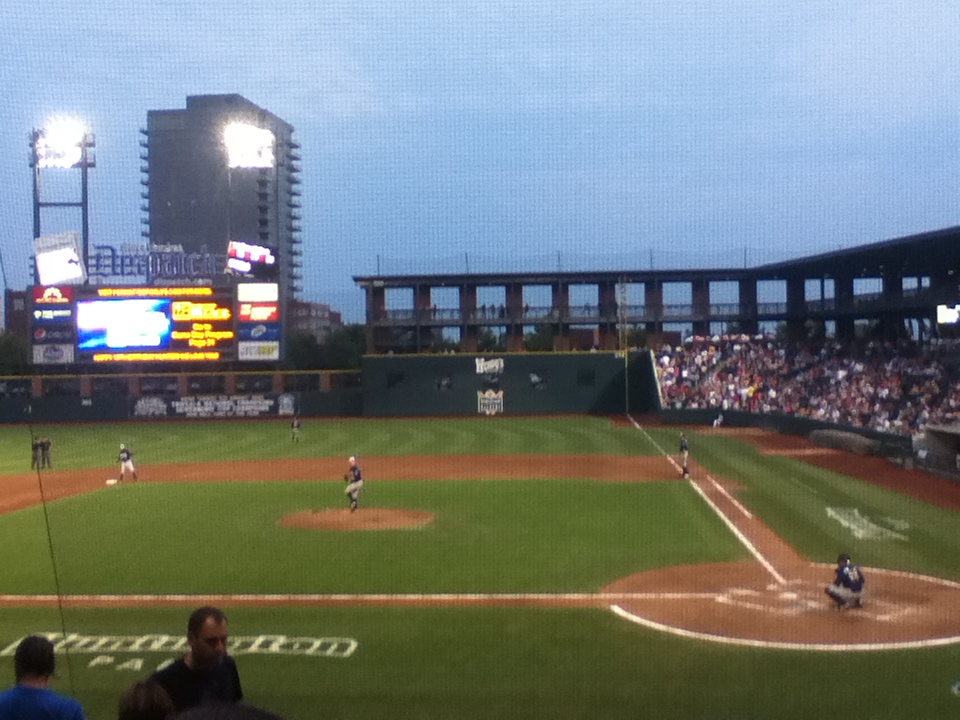 I guess I was a chaser even before I knew that's what it is.…

Kelly has reached her 30th stadium

Wow what a game Friday night 8/17/2012. My wife's 30th stadium was a great game with Prince Fielder hitting two monster homeruns. The second was in the bottom of the 8th to give the Tiger's a 5 to 3 lead and the win. When we arrived I went to guest services with Kelly to get a certificate for her first time at Comerica Park. Mainly for kids but I thought that would be fun. The staff at guest sevices went in the back and gave her a bag full of Tiger's promotions. In the bag was a Tiger's hat,…

I started this journey in 2006 without really knowing at the time that I would aspire to see every stadium in the MLB. I've always been a huge fan of baseball and played little league on up to sophomore year of high school, but I never thought of going to see all 30 as that's quite a huge undertaking especially for a kid brought up in a rural area with no access to pro parks whatsoever. However my first baseball game would change all that. I remember watching the local news on my cousin's couch… Continue

Alright baseball chaser folks I accidentally ran into something with Meg Minard's help (Thanks Meg!). While doing some research on sites in Japan I came across the Japanese Wikipedia version of the "List of Japanese Baseball Stadiums". Now before you get to the link let me explain a couple of things about translations.

In Japan there are two leagues that can be classified like major and minor in baseball leagues we frequent. In Japan the Major league or commonly known as NPB (divided…

Had a successful trip to Marlins Park yesterday and got my ballpark total up to 66, where it's likely to stay for some time until the A's build a new park or MLB schedules more games in foreign venues.

Flew out of Newark at 6AM, landed in Miami (MIA) at 9. Had some chow, killed time with a book until 10:30, then headed for the ballpark. From MIA, look for signs for the MIA Mover and Metrorail. In most cases you will take an elevator up to level three, then follow signs to the MIA… 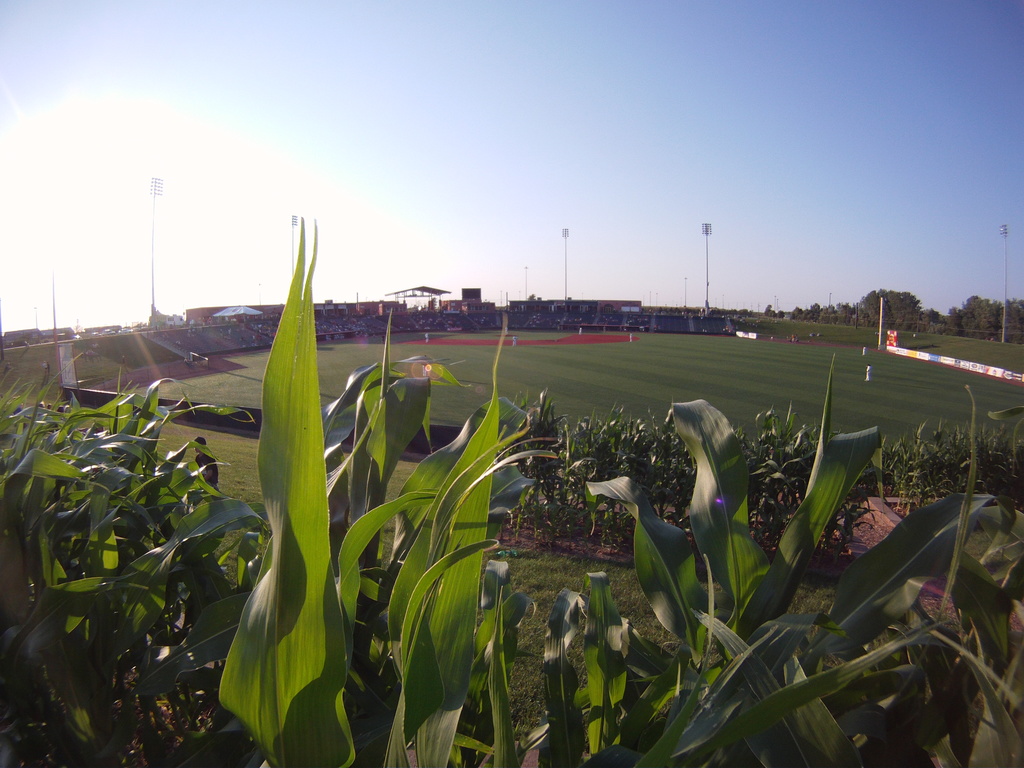 Another ballpark stop for "work." Ballparks of the Midwest (Hey, I'm actually in the Midwest for this one!) stops in Normal, Illinois, home of the Frontier League's Cornbelters. Fun ballpark with some unique twists.

Corn, lots of corn. Throughout the ballpark, outside of the ballpark, corn and corn-related-stuff is everywhere. Oh, and this park claims to have…

"Turn out the lights, the party's over", the famous tune Dandy Don Meredith  would croon on the old Monday Night Football broadcasts as the game wound down.  For me, unfortunately the same is true, as the baseball travel season is over and I start back to work on Thursday.  So for my last call of the summer, I travelled to upstate NY, on the way visiting Great American Ballpark for the second time, and making stops at Canal Park (Akron), Classic Park (Eastlake OH), Jerry Uht Park (Erie),…

One stadium to go

Last week, was in the bay area. Went to games at AT&T Park and the Oakland Coliseum. Only one stadium to go and I'll have been to all 30. Going to Miami end of September to see my last one. Very exciting!

United Airlines provided a 100% refund.  Still waiting on HOTWIRE.  Best part:  the Padres sent me a voucher for two Field Level tickets for any 2013 game.  Now that's a class organization!! 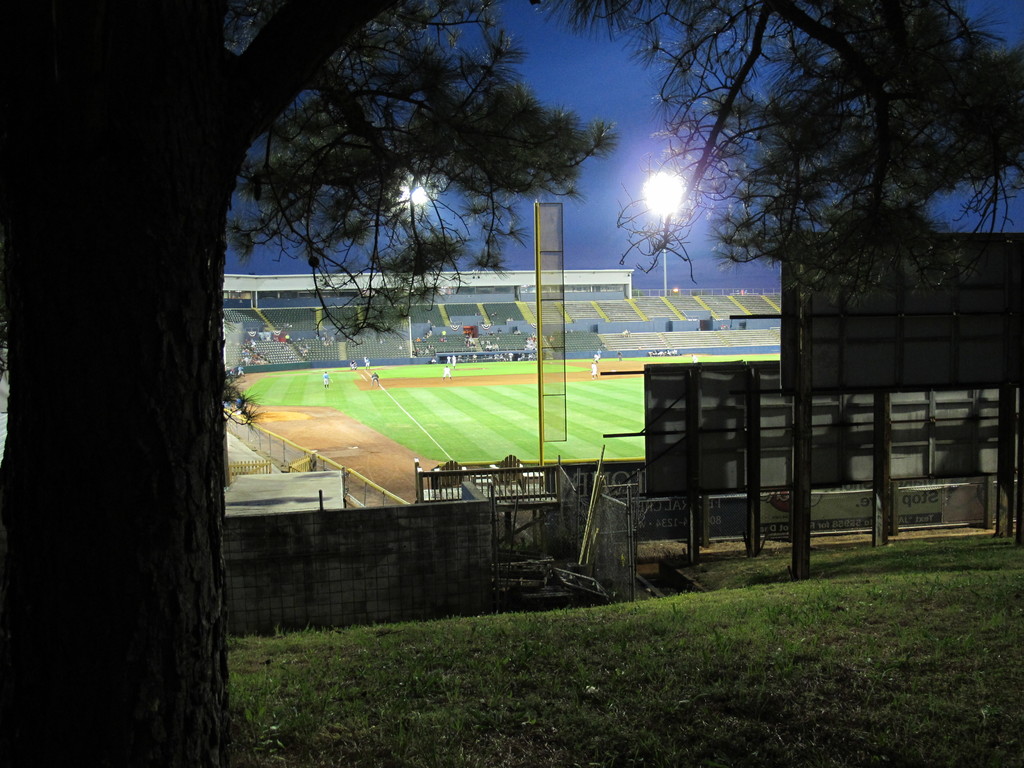 Another of my ballpark visits for work, "Ballparks of the Midwest" (and other regions). Huntsville's ballpark is not in great shape and the attendance numbers are not fantastic. However, I met a great group of fans that made the trip to that ballpark very memorable. You can…

My boss officially cancelled my work trip to New Mexico for August, so here is my updated schedule for the 2nd half of my SeeAll30 Summer:

Retired, Loving it, Doing the circuit

Our retired goal is to do all the MLB parks. Some we will do again since the first time (before retirement) doesn't count. Now my wife does not agree she thinks the 4 we've done in past years should count but she is going along with the whole start over idea. We have Minute Maid Park, Rangers Park, Target Field, and Wrigley Field as official visits. White Sox and Brewers next. 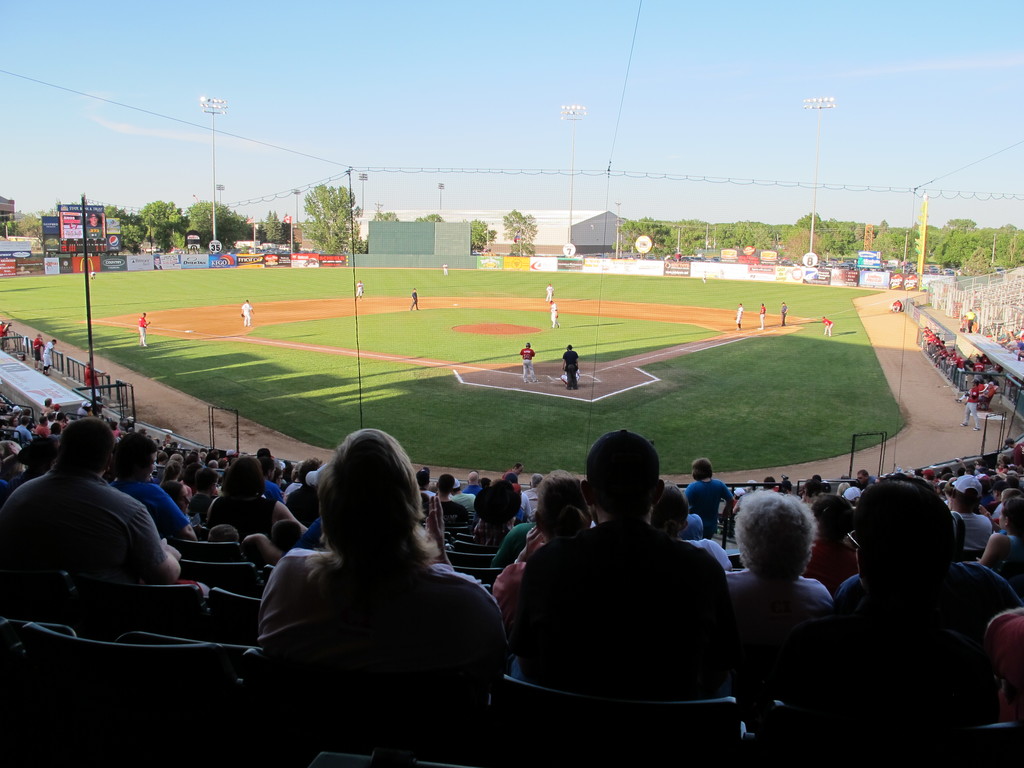 North Dakota is not a huge baseball state but there is plenty of legion ball, and one pro team in the Peace Garden State. The Fargo-Moorhead RedHawks have been pretty successful both on and off the field in their time. Fargo is also the hometown of Roger Maris (born in Minnesota, grew up in Fargo). The local mall has a great Roger Maris Museum.…