Also, I forgot to mention...my website is www.houseserikandpeterbuilt.blogspot.com.  It's a blog my ballpark going pal and I, Erik, write on to review stadiums and talk about ball.  Check it out if you want and be sure to like "The Houses that Erik and Peter Built: Ballpark Reviews" on Facebook!

New to the site

Hey everybody, just joined this site today after following on facebook for a long time.  I think it's great that we have this forum to share.  I did the 30 ballpark road trip in 2007 and have kept up with all of the new parks since then, I'll be getting to Miami in June.  I've also been to a bunch of minor league, independent, college summer, NCAA parks and my next park will be my 100th!  My absolute favorite league in the world is the Northwoods League, and if anybody out there has not yet…

After many years of talk, we have our 1st trip being planned. June 21-24 driving from the great city of Detroit to DC, Baltimore, Philly, then Pittsburg. There will be 4 of us and it's the 1st time for all at all of these parks. We all are pretty stoked so everything is pretty much planned to the minutes(no really! one of our guys actually made a spread sheet and emailed it to all of us) but if any of you have any must places to eat/stay/see, feel free to throw it out there. Also any… Continue

For those people who are chasing minor league ballparks I wanted to pass along this tiny bit of info. If you have the Greeneville Astros in your plans there is a decent size museum of baseball history inside the club's headquarters. You really have to find it or you can ask once you get into the stadium. It is well worth your time to look at it. The stadium is on the campus of Tusculum College and is one of the new stadiums in the Appy League. Here's a link to the team:… Continue

My brother Nick passed away suddenly last March.  He wanted to visit all 30 ballparks (among other things), so I'm taking up the mantle for him.

Nick should have turned 30 April 19.  To kick off my own attempt (I'm starting "clean" and not counting any previous games), I organized a birthday party for Nick for family & friends back home at PNC Park yesterday, April 22.  We sold 116 tickets!  And we decided to use the event to raise awareness of the importance of blood…

5 Mistakes to Avoid While Traveling 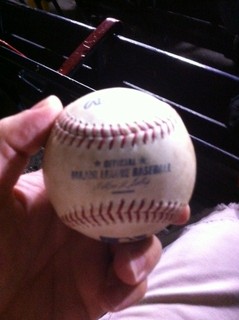 1.   Breaking the Bank on Airline Tickets. This is very easy to do while gas prices are so high.  The best thing to do is to shop around, take your time, and look for the best bargains.  The more informed you are about the cost of traveling the better…

As a fellow chaser I want to see all 30 parks! Because this is the 100th year anniversary of Fenway, I figured they would have awesome giveaways! But to my surprise they basically have none? Unless I have seen the wrong list? My favorite team Cincinnati, has numerous Bobblehead giveaway, a fleece blanket, garden gnome, garden flag, firework night, etc. I did not see any of this for the Boston red sox. Someone please help/correct me if i am wrong!

My wife and I took our annual trip to the Twins home opener.  We are undecided on this summer's baseball trip, which will be our 17th park.  I just wanted to share some really cool baseball art done by the folk singer & artist Will Johnson.  Interesting pieces.

I'll be appearing on the show 35th and Addison to talk about my book A bLISTful Five Years: The Baseball Stadium Tour - chronicling my experiences visiting 30+ major league stadiums! Tune in to eGen.TV (just go to their facebook page - simply search for eGen.TV) at 9:00pm on Monday, April 23rd to watch.

I'll be unveiling the NEW book cover and also discussing the…

Anyone looking to do a Midwest stadium trip this week?

4 Ways To Be A Baseball Travel Ninja 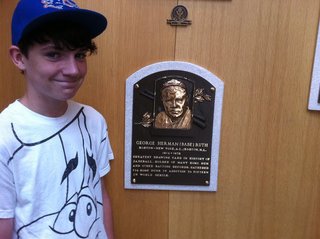 During the last two weeks I have been planning our father and son trip to 30 Major League Baseball parks.  I enjoy about planning a trip but anticipation of the trip is always my favorite.  There is nothing like finding great bargains.  Getting something for a fraction of what other people pay is always the goal.  A common question I have been asked is:  How do you travel so…

30 ballparks in 40 days in geographical order

For anyone who lives in the Great Lakes area, heres a great stadium tour you could do later on this season. If you follow the map. it is very efficient for driving. I just checked the schedule, it works pretty good, but you would definately be on the move. I dont live in that region, but hopefully somebody makes this trip, i think it would be a great trip!

Well we finally made it to all 30 MLB with the opening of the Marlins new ballpark. First of all let me say, as everyone else has in Miami, "At least it has air conditioning!" I'm going to break up the review in several parts from family friendly parts, to not so family friendly, to areas I liked better than most and other areas of the ballpark.

My son and I were seated in the Clevelander area of the ballpark. I chose this area of the park because you can look right into bullpen of… Continue

Beauty is in the Eye of the Ticket Holder

What makes a great baseball experience for you?

We all have our reasons to rate one team or stadium above another. Whether it be ticket price; a winning team; a team with a rich history and tons of tradition; a stadium with a great atmosphere, food, promotional give-aways and in-game entertainment; great uniforms; hot players; home run hitters; or a fan base who really knows baseball.…

Preview to our trip

This is our first blog post of the summer, and we plan on being regulars on this blog. Some background on us, we are a father-son duo that have been planning this epic baseball trip for close to 12 years. The deal was when Jon graduates from college we would visit all 30 major league parks in one season. The year has finally come! We have the entire tripped planned and have squeezed some other destinations in the itinerary as well. We will also be attending the College… Continue

chasing parks til death do me part....

Hello everyone, its been a while...I hope everyone had a great spring training and we are all geared up for opening day this week.  Im still trying to score some tickets to the yankee opener or the day after, we shall see, but I downloaded my MLB app, and I am ready to start.

As for the engagement...it's going great, the clocks ticking and it'll be here in no time.  I mentioned before that the wedding will take up most of my time and money and might not be able to attend a ballpark,…

I just jumped over my first hurdle of the trip and it hasn’t even officially started yet.  I’m sure there are plenty of obstacles left for me to overcome but this one was not the way I wanted to start.  A few weeks ago I went down to Mid-Ohio and…
Continue

Just ran across this picture. Tough to chase this ballpark anymore. 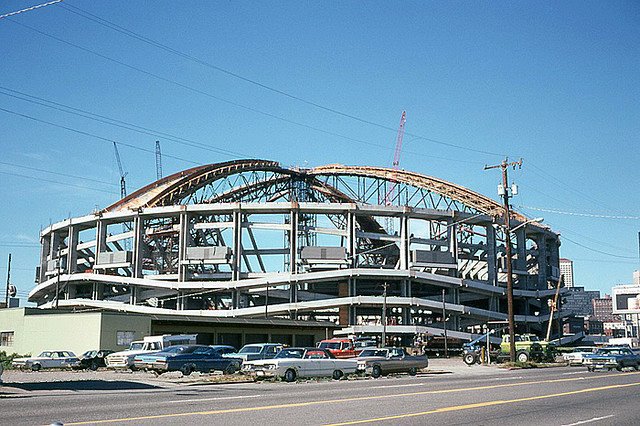