My recent visit to the home of the Southern Illinois Miners. Nice park, really friendly staff. Unique gray seats, and some cool historical photos of the area's history. My full report for my "Ballparks of the Midwest" series at work, is here.… 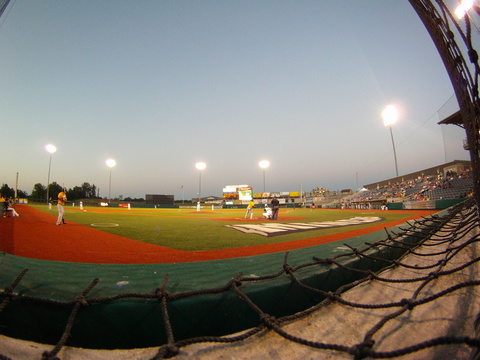 We're heading to Baltimore for Fridays game. We want to get some good Maryland crab. Any ideas where to go??

Visited All 30 MLB Stadiums This Year

If anyone is interested, my wife and I just completed a two month road trip and saw games at all 30 MLB parks.  My blog of that trip can be seen at www.chuckharmeyer.tumblr.com

believe there is a problem in need to take internal flights daily to meet my journey 30 teams 1 month?

hi chaser; im ready to make my dream come true; this will be me schedule

After a few visits to Birmingham and touring Rickwood Field my son and I finally had the opportunity to see the Rickwood Classic. The game itself was uninspired but the stadium exudes history. From the stands to outfield signs. You feel that you could possibly be transported back to when baseball meant what was great about America. I know the outfield signs were installed for films and commercials but it adds aura to the place.

hi chaser; im ready to make my dream come true; this will be me schedule

I was one of the 29,062 to see Johan Santana pitch the first no-hitter in Mets history !!

The experience was truly amazing - words cannot describe it !

The guy I got the video from actually recognized me from when I was in Miami a few weeks ago !

What a small world !

Biking for Baseball sees all 30 stadiums in 2012 by BICYCLE

Starting opening day of 2012 in Seattle, the Biking for Baseball team started a journey across America. Our 4-member team is cycling to each and every Major League Ballpark during the 2012 season attending at least one game (and hopefully 2!) to root on the home team.

But that's only the beginning. At each major city stop along the way, we host … 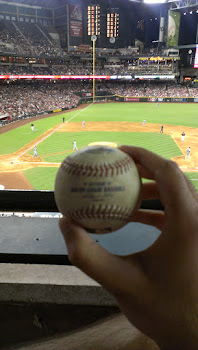 Hello all, was in Arizona this past week and saw a game at Chase field. My 27th MLB stadium, only 3 to go. I caught my first ever foul ball. It was very exciting. The park was nice and also the Arizona scenery was great.

I'm going to San Franciso and Oakland August 1 and 2... after that, will only have to see Miami.

Was talking to my boss yesterday and he now says that he would prefer to send me to work in New Mexico in December instead of August.  This would completely screw me for my SeeAll30 Summer.  After getting pissy about this for a while, my wife tells me, "You should still go". I asked her, "What?" "You need to complete this, you are so close.  Just go", she says.  ARE YOU FREAKING KIDDING ME?!  Man I love this woman!  After trying to work out the schedule to go sooner (so I would have more…