A couple of months ago someone posted a question about methods of displaying tickets and other memorabilia from Ballpark visits. There were a lot of great responses (Maps with push pins, Souvenir cups on shelves, Programs and tickets in binders, etc.)

Unfortunately, I can't seem to locate that post or I would respond there. 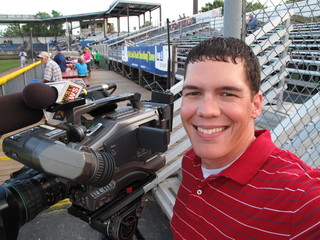 Pohlman Field in Beloit, Wisconsin, probably ranks near the bottom of the Midwest League ballparks. The team itself will gladly tell you that they want and need a new stadium. But there's no place in the league that offers fans access to the players as it is in Beloit. You can check out my complete review of Pohlman Field, as well as my visit to the Midwest… Continue

Minor League Ballparks I've been to

I have lived in Jacksonville, Florida since December of 1980.

I had never been to a minor league ball park except for a 1978 Detroit Tigers Spring Training game in Lakeland, Florida, home of Joker Marchant Stadium.

The Lakeland Flying Tigers are the current home team, and the Lower Single "A" affiliate of the Tigers.

I went to my first minor league game in 1981, in downtown Jacksonville, to old Wolfson Park, where the Jacksonville Suns played their… Continue

Ballparks I've been to

What a great web site.

Past Ballparks I've been to(year)

I posted last week in the message boards about our 3 week, 8 stadium tour. The first game was July 16th in Kansas City. The Royals faced the A's. This was my fifth trip to Kaufman Stadium. Growing up a Royals fan, and being the first Major League park I have ever visited, it for sure has a special place in my heart.

With Grienke on the bump, I was excited to see a good game, but the A's smashed the Royals. This allowed me and my g/f and her family a chance to see the stadium a lot… Continue Without a doubt, one of the best Lost Ballpark sites is that of League Park IV in Cleveland. Worth a stop if you find yourself in the neighborhood for a game at Progressive Field. More on League Park… Continue 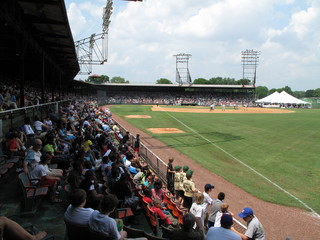 "America's Oldest Baseball Park." It is a *MUST* for any Ballpark Chaser. Of the 30+ minor league ballparks I've been to, it is either #1, or #2. A fantastic place to watch baseball, unlike anything else, and home to pro baseball on just one day each year. Check out my coverage… Continue Yet another Midwest League ballpark for "Ballparks of the Midwest." Bowling Green Ballpark opened for the Hot Rods arrival in Bowling Green in 2009. You can check it out… Continue

Later today, I am taking off on a five stadium in seven day tour. I am leaving Philly heading for Detroit. I will catch the afternoon Tiger versus Blue Jay game tomorrow at Comerica Park. I'll be sharing this experience with my two daughters. It is not their first game with Dad (a couple of Philly's games and many, many Orioles games - my oldest daughter's first game was the Orioles when she was five months old).

My dad and I are heading to Wrigley in September and I was wondering what the best seats are to stay behind the sun? I'd like to get good seats....sticking around the 100 Level. Any information would be appreciated.

I stumbled upon this photo album from the new Marlins' ballpark. Check them out. Does anyone know if they have named it yet? I bet it will be another corporate name. It looks like they are making good progress. 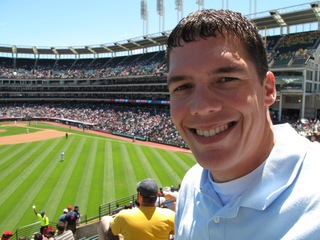 I knew I would need to visit Eastlake, Ohio, home of the Lake County Captains as part of "Ballparks of the Midwest," my minor league ballpark project for work. So of course I scheduled it so that I could shoot a story at Progressive Field and check out an Indians game. My second visit to Progressive Field.… Continue 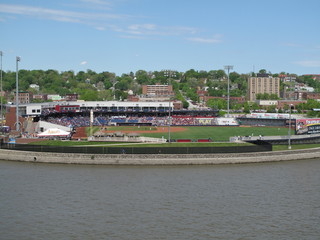 Part 3 for 2010, and Number 11 overall, for my work project visiting all of the ballparks in the Class A Midwest League. Easily the best view in the Midwest League, Modern Woodmen Park along the Mississippi River in Davenport, Iowa. You can find a text review,… Continue

GETTING THERE
Well obviously it this is double edged sword---it is fantastic that the ballpark is so close to the airport in PHILLY, but it is not so convenient for lodging.
Citizens Bank Park is in the same 'SPORTS COMPLEX AREA' that features 'LINCOLN FINANCIAL FIELD' AND THE 'WACHOVIA CENTER.' This can prove very bad for traffic if another one of these sporting events coincides with a baseball game.… Continue

O'HARE AIRPORT is definitely the better airport to fly in for the game—otherwise if you are driving from EAST or WEST sooner or later you will connect through the 90 and 94 highways, let us concentrate on flying in. O'HARE is one of the bigger airports in AMERICA with lots of restaurants and amenities within. They built the airport knowing full well that many of the travelers would be experiencing delays from the… Continue

Good afternoon, this is Reggie, a new member of this very nice website.

One of the great things about baseball is the ballpark, every place has a different look, different feel, different sound. All parks look different, seat colors, outfield fence alignment, view of the areas beyond the park....Different sound, some have organists that each have a unique style (they all should), PA Announcers, chants from the crowd....Different feel, how the wind blows through some places, others… Continue

LAX AIRPORT-Your only real alternative for night games is to drive a car in Los Angeles and brave the traffic—that is if you wish to watch the full game. Read after how to take transit to the games, (you can do this for matinee games).
You have to catch a shuttle bus from any of the waiting area’s outside where it says “COURTESY SHUTTLE FOR CAR RENTAL.’
All of the rental car places… Continue

Does anyone know where you can get Twins tickets at near face value. I've went on stubhub along w/
ebay and it seems like every ticket is either double or triple face. I'm headed to Minnesota/Target Field August 13th vs oakland for my birthday(Aug12)... If anyone knows anyone or has any info please let me know... Thanks alot chasers!!
Kyle