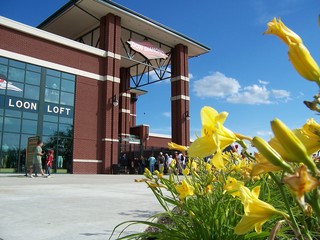 Want to see a great minor league ballpark? Go to the one in Midland, Michigan - Dow Diamond - Home of the Great Lakes Loons. Opened in 2007 when the franchise moved to town the park has fire pits in the outfield to keep people warm, 168 solar panels that produce enough energy to power the scoreboard for a year, and much more. Check out my full report on the… Continue

15 of 30 Ballparks visited to date

On Sunday July 26, 2009 we completed a 3 day/3 ballparks stint. We visited the Diamond Backs Chase Field, Angels Stadium, and Dodgers Stadium. At this point we have visited 15 of 30 MLB ballparks.

We now head to San Diego to Petco Park for Friday's game.

I am at the first week through this now 24 day quest. I have made it to every 1st and last pitch of all the games except for having to put Detroit to the 14th of August making the streak attempt 30-24 now. Every day I have been fighting the rain and today in Baltimore was no different. Thundershowers hit Baltimore from the time I landed today. Luckily they all subsided and I made another game. I have STL WED and the most pivotal double header left on thursday with CINCY/CWSOX. If i make both… Continue 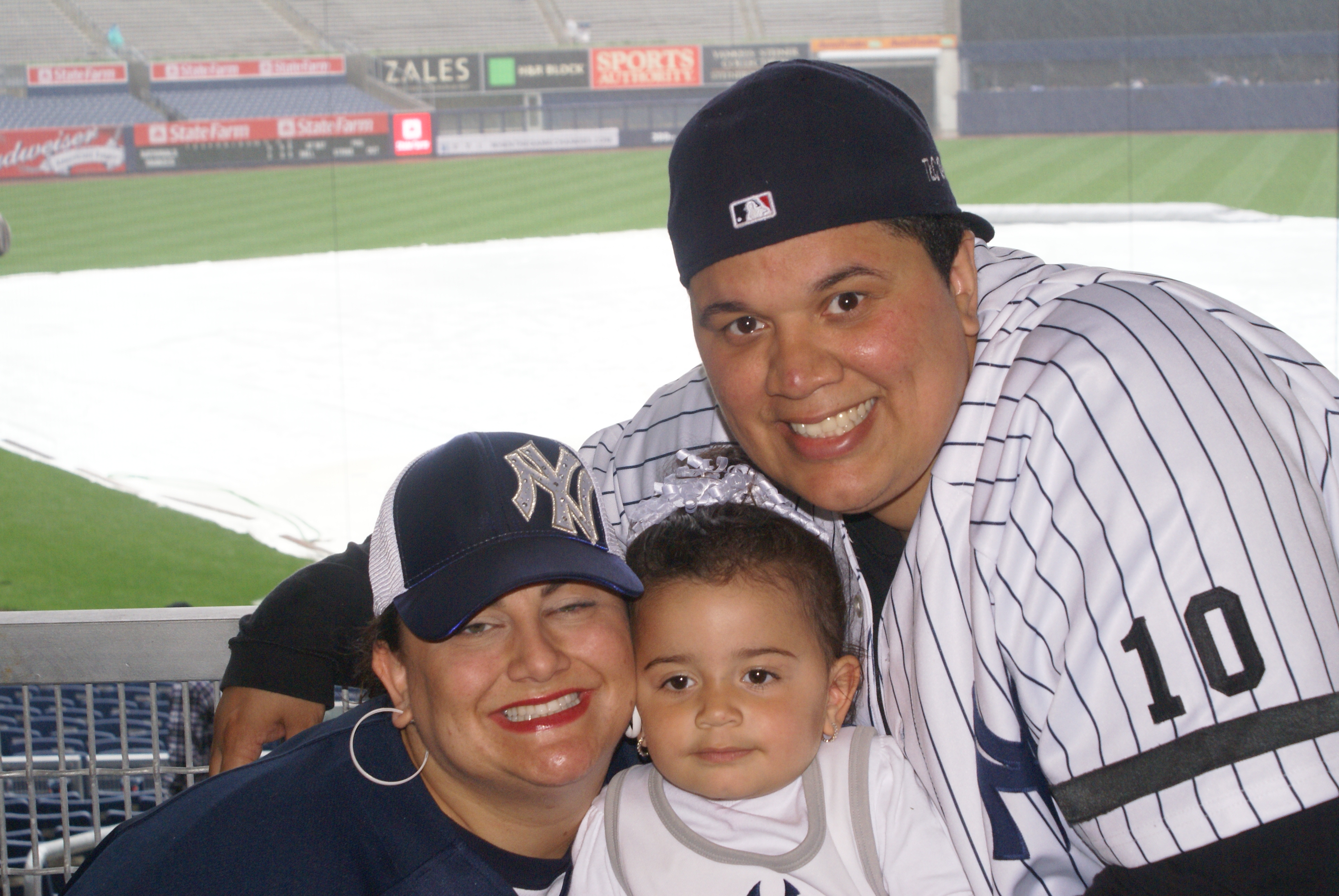 After watching this video many of you will know how big of a Yankees fan I am....
Follow the link below and watch the video I entered in the DIY/MLB Man Caves Sweepstakes.
It Only takes a minute to vote but my love and passion for the Yanks is obviously thrown in this video.
Thanks Everyone

Hi, my name is Kevin and I am a baseball park junkie!! LOL!!

My goal in life is to visit every baseball stadium like the most of you on this site. I also like to go to other sporting events as well and wondered if anyone knew of a site like this for all sports stadiums? I have been looking around and can not find much. Any help would be great!! 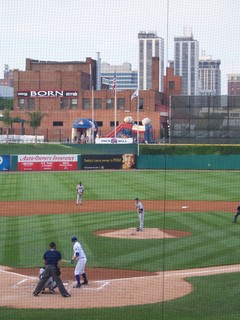 O'Brien Field in Peoria, Illinois, is the home of the Cubs affiliate in the Midwest League, the Peoria Chiefs. I recently visited the ballpark for my series at work, "Ballparks of the Midwest." Check it out here: KCRG-TV9 - O'Brien Field in… Continue

Part of 4 of my "Ballparks of the Midwest" series for work. Check out brand new Parkview Field in Fort Wayne, Indiana. Home to the Fort Wayne TinCaps. A very impressive ballpark. 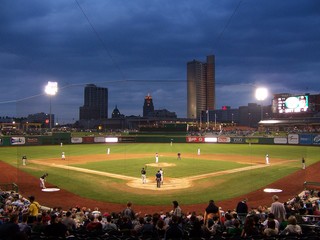 This week, I present to you, various pics from all 5 yards here in our great state of California, taken from '05 to '07. Enjoy, and as always, feel free to ask for any travel advice to these fine…

Let the 2nd half began

Glad the Astros finally got over .500 to begin the 2nd half on a good note. 3 more in LA, then home for the Cardinals for 3 and real shot to cut into their 3 game lead.

In the second-half of last season the Astros had the best record in the league, and here's an amazing stat -- every year since 1997, their second-half record has been better than their first-half record. They've had a losing record after the All-Star break only once in the last 12 years.

What a scare--streak almost foiled before started!!

So, I am sitting in my car at work when I decided to check on VISA balance for the upcoming trip, (any ballpark chaser dreads the '$200" minimum buy in at the car rentals so it is good to plan ahead), when I realized my Visa Card was gone. Also someone decided to buy a bunch of gas on it. The bottom line is I started to panic since it was my only credit card. I start the streak in 6 days, but I am starting my vacation tomorrow in Vegas. Luckily my card issuing company is going to send it to a… Continue

Hey everyone, it's been awhile since i've posted here. With the all-star game coming up tomorrow in St. Louie, I thought I might share with you a my slide shows here from my trip to St. Louis in May of 2005 and August of 2006 of both old and new Busch Stadium. In '05, my buddy Josh and I had an opportunity to see our Dodgers do battle with the RedBirds in old Busch's last season and returned in '06 to see their rival Cubs in the new digs. I'm sure all of you have heard how great a baseball town… Continue

Lawrence Biggin, my grandfather, turns 89 years old on Monday, July 13, 2009. His career as a relief pitcher is over because he broke his arm several months back after a fall in a South Dakota grocery store.

Grandpa grew up on, and then had a farm in Wisconsin. My grandmother gave birth to eight kids -- all daughters! The family moved to Colorado in 1967, after granddad had one of the first neck fusions at the Mayo Clinic in Minnesota. Upon arriving in Colorado, he settled in Brush… Continue

Thanks For The Welcome Notes

Good to be among friends. Speaking of visiting a lot of ballparks, I just this morning discovered Dr. Seth Hawkins, a retired professor from Minnesota, whose major league ballpark visits number in the seventies! He's been to the handful I've missed since the 1950s. Google his name for more info. He goes by "Dr. Fan," and has gotten a fair amount of press. I reached out to him this morning via a baseball group he belongs too, and hope to hear back. If he responds, I'll try to recruit him to… Continue

Glad to be among fellow ballpark chasers. I am 66 and starting visiting major league ballparks in the 1950s with my dad. One of the few benefits of old age (besides senior discounts) is that I got to visit many first generation ballparks before they were replaced by newer stadiums mostly during the 1960s and 70s. Sad to say I missed Braves Field and Sportsmans Park. I've since seen all the second generation ballparks and am now visiting the newest parks as they open up. Just saw games at Yankee… Continue

Check out my review of Perfect Game Field at Veterans Memorial Stadium in Cedar Rapids by clicking here. The Cedar Rapids Kernels are the Midwest League affiliate for the Angels.… 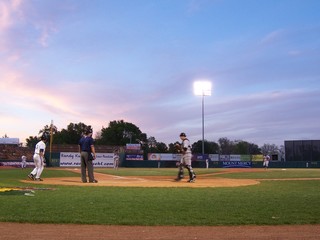 I was recently passing through Rochester, Minnesota and had a chance to stop by and check out the gravesite of Archibald "Moonlight" Graham. Find directions to the site and photos here.

In a couple of weeks my wife and I are going to Chicago and catching a White Sox game at US Cellular Field on Thursday afternoon and then a Cubs game at Wrigley over the weekend. For those who have been there, can you share where to go around the ballparks in Chicago for restaurants, souveniers, atmosphere, etc. Thanks!

I attended the inaugural Hall of Fame Classic in Cooperstown on Father's Day Weekend. It was a baseball fan's dream. With the likes of Bob Feller, Brooks Robinson, Ferguson Jenkins, Paul Molitor, Phil Niekro, Jeff Kent, Bill "Spaceman" Lee, et al, there were the makings of a "classic" weekend. I almost forgot to post a link here to my blog entry. If you're interested, check it out at Roger's Baseball Blog. 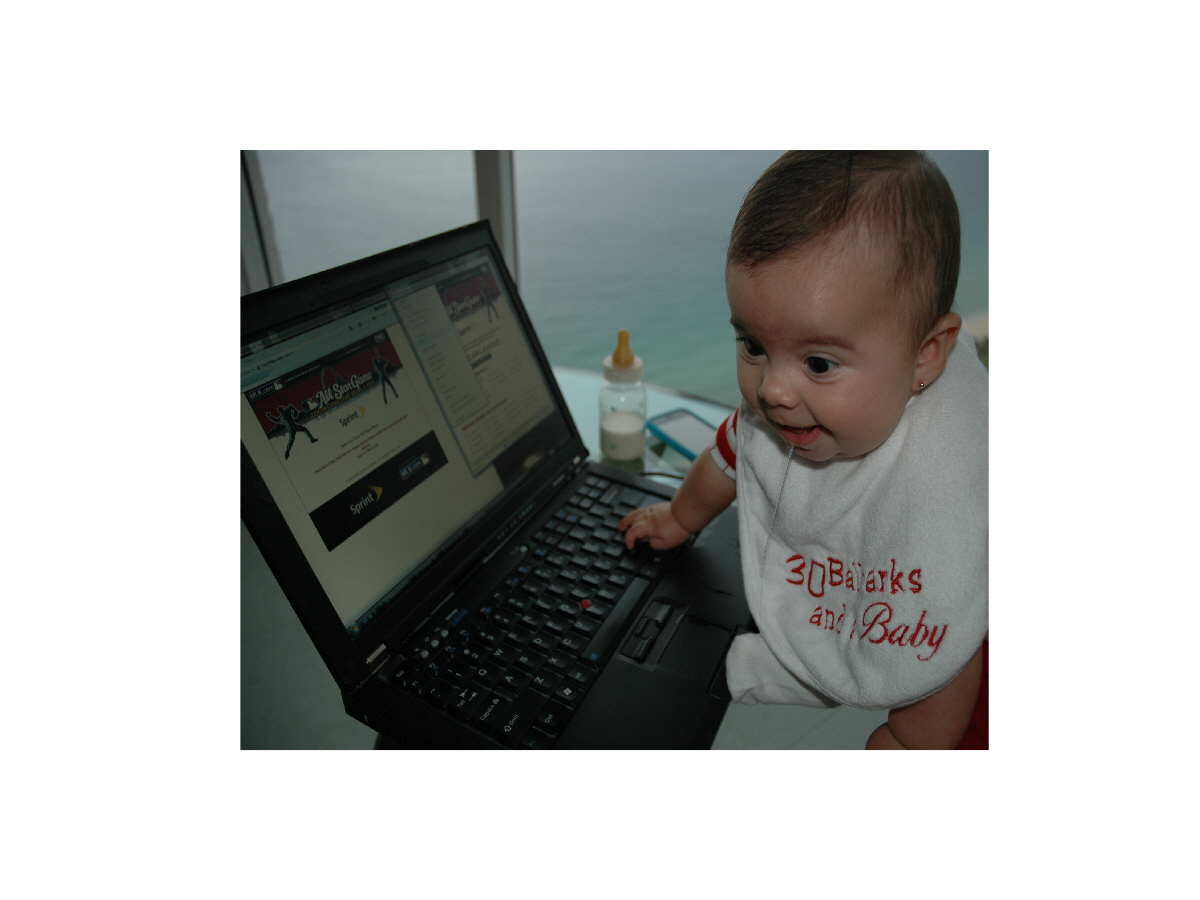 Sofia took a break from her 30 ballpark tour to vote for her MLB All Star Teams. She is in South Florida and will attend Landshark Stadium (number 10) on the 4th of July to see the Marlins take on the Pirates.
www.30ballparksandababy.com
FACEBOOK – http://tiny.cc/30BallparksandaBaby