Another park with my son. We got a commemorative coin for the 1968 World Championship Tiger team when we got in. We got a free Tiger/Chevy t-shirt for looking at a car. Saw the statues in the outfield. Walked around the whole park a few times. There is a merry-go-round and small ferris wheel, very family friendly. Seemed limited in food choices, though. Tiger images were everywhere, very cool.
A Twin tossed me a ball during batting practice, which made our day. This is his favorite park…

Another park today - Turner Field with my son and oldest daughter. Cool statues outside, lower level was a little-cave like, but it opened up as you got higher. Sunny warm day, our seats were in the shade. Twins were not good. There is a club, it is an exclusive club, that has only 28 members but the door to this clubhouse isn't closed. Some of members might surprise you. What might be even more surprising are the names not in this club.

If someone was to ask you to name the 28 members of the 3,000 hit club who would you say first? Babe Ruth? Ted Williams? Barry Bonds? Ken Griffry Jr.? If you said any one of those names you are dead wrong. In fact there are…

My friend Jim & I will be completing our 30 ballparks tonight in Texas! We will be on the field with the mascot to celebrate our big moment! Hope to see some of you there. It has taken us 15 years to get all 30. We have lots of great memories.

OK, so I haven't hit up all 30 MLB Parks yet. I will, eventually. Like the economy, my travel plans have hit the wall....for now . But this past Wednesday was a little personal milestone for me. Having seen the Royals play the Angels in Anaheim this past Wedensday, 5/15/2013, I can now officially say that I have seen all 30 MLB teams in action live !!! Another one of these "so-called" baseball fans bucket list of things I can now cross off. And it only took me 31 years to do this…

My husband and I are traveling to Cleveland in the next two weeks and we will be visiting Progressive Field. This will be my 7th park. I am super excited.

First Game of the Year.

First game of the year, Rays vs Red Sox is in the book. Although a Yankees Fan, I do root for the Rays against everyone else. They are my current home team.

Check out my website for my trip next yeat

I am doing a practice trip this year in advance of my 2014 30 stadium trip. Doing charity benefit for two charities. Keeping up with score postings, travel and Home Run totals.

Check it out at www.30ontheroad.com.

Planning in taking a trip to Houston in Aug. to see my Red Sox. Does anyone know what hotel the visiting teams stays at?
Thanks, Jerry

Back from a very good trip to the pacific northwest. You could hardly ask for better weather or to see better pitchers. Saw Felix Hernandez pitch for the Mariners vs the Angels last Saturday. I also saw Mark Appel pitch for Stanford at Oregon and Mets pitching prospect Zack Wheeler pitch at Reno. The other Minor league stop (Tacoma) did not have a great pitching prospect, but it was the first time I saw Tim Stauffer(for Tuscon) who played high school ball locally (Saratoga,NY) pitch.
I…

Hey everybody, i just had a quick question. Last Year i made my way out to Chicago where i was about to get some cheap tickets to a white sox game that were in the upper deck. When i got to the stadium i found out that with that ticket i could not go to other levels to walk around. Are there any other stadiums where this is the rule so i can watch out for it in the future. Thank you everyone

I just graduated college and am trying to attend a baseball game at all 30 MLB ballparks this summer before I start working full-time. This is certainly a lofty goal but if I fail I will be well on my way to accomplishing the lifetime goal. Anyway I have already been to Turner Field this year (Final Four weekend) and have trips planned to the west coast, east coast, and Chicago area. I live in the Detroit area so I figure I can take weekend trips to Cleveland, Cincinnati, and Pittsburgh. I… 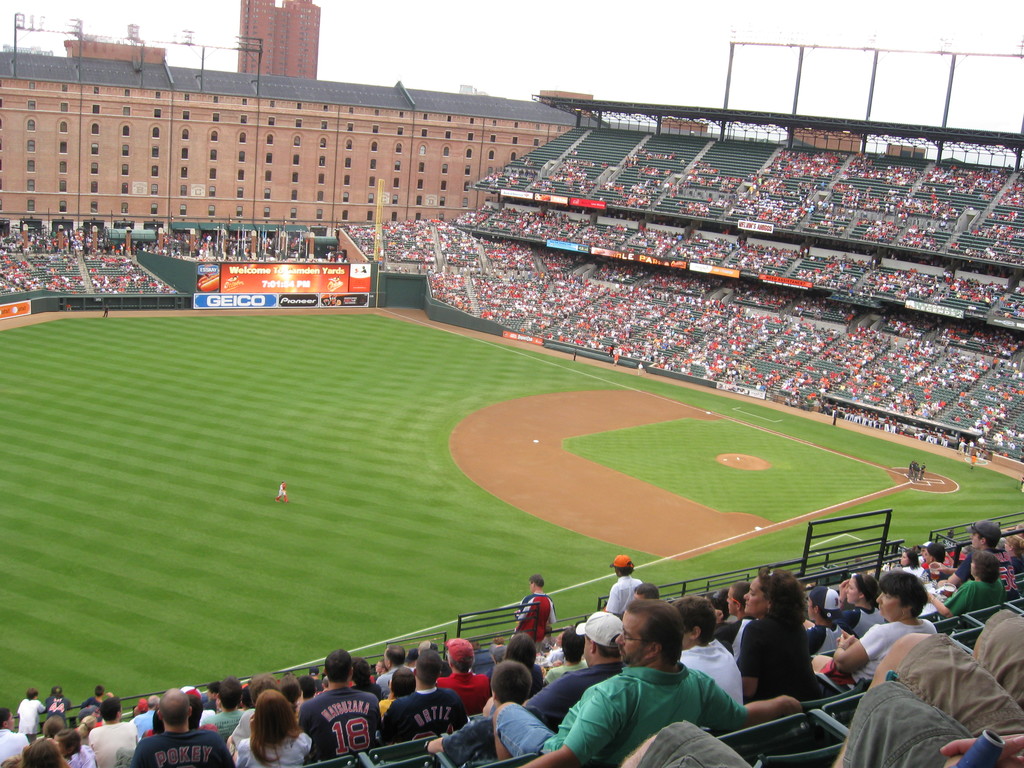 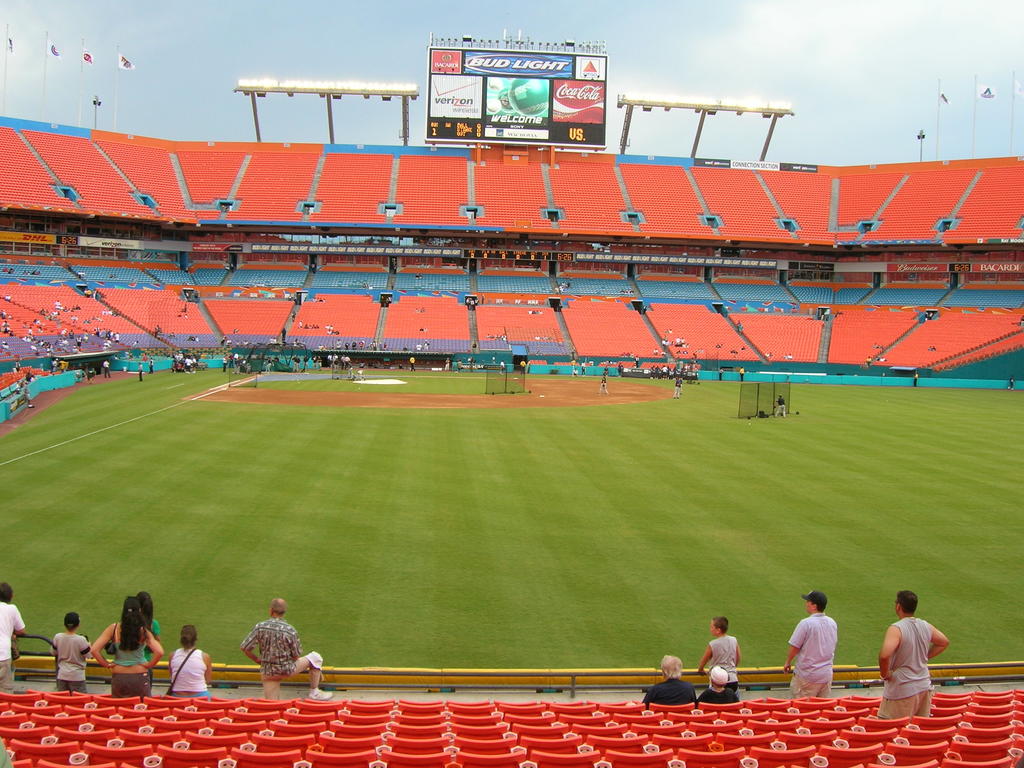 I was just looking at the schedule and just for fun was looking at a time in the schedule where all the east coast teams were all at home this summer. Just for fun, I kept going through the schedule in exact geographical order around the country, basically the route you would take to see all 30 stadiums with NO backtracking. I thought for sure as I kept checking each team that I would eventually hit a point where one team would be gone for at least more than a week and it would put a snag in…

Hello, I'm brand new here (wish I found this site a few months ago) I am going my "Baseball Dream Trip" in June. I saved the money and got the time off. I have most of my tickets already. I am from Southern California but will be in Arkansas at the beginning of my trip. I am going to each city for a day, with the exception of Chicago and San Diego, so if anyone has tips, please send me a note.. I will look through the archives, but in the meantime I'll post my itinerary.. I can't believe…

hey folks my brother and i are heading out to San Francisco and Oakland area at the end of May. i have and idea of what we are going to do between games but any ideas and tips would be helpful. 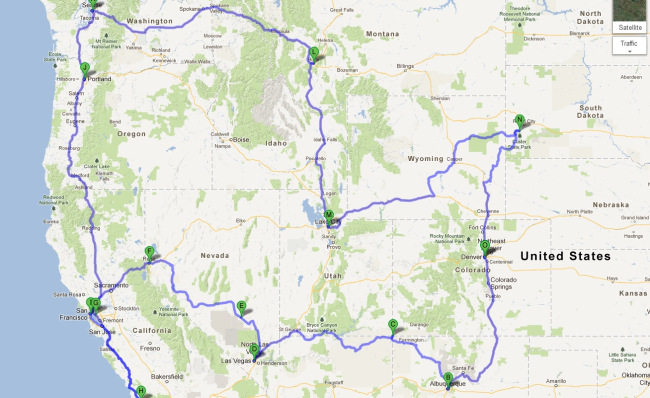 So as many of the readers know, I have set off to see all 50 states before I'm 50 and all active major league ball parks before I'm 30.

What i have left is…

Like many of you, I read the stories about the proposed Wrigley Field renovations today, and while I would miss the experience of seeing baseball played, more or less, the same way as it was 100 years ago without much in the way of advertising, video boards, and other on field promotions, I think these changes make sense for the Cubs.

It's interesting to me the negative reaction I'm seeing from alot of Cub fans. I've often thought, in many ways, a large number of Cub fans are…