I'm soo excited to be going up to Ohio tomorrow to visit my dad. In addition to seeing my family, we're taking in 4 baseball games...Cleveland Indians, Columbus Clippers, Akron Aeros, and Lake County Captains, all four part of the Indians organization! We'll be seeing Lake County and Cleveland play on Thursday and Friday and Columbus and Akron next week. Since I moved to NC last summer, I haven't been to a Tribe game in over a year, which has been brutal since I'm used to going to 8-10 games a… Continue

NEW SKED BECAUSE THE JULY.23 POSSIBILITY OF A DOUBLE HEADER CAME ABOUT

(BEFORE TRIP-COULD BE USED AS RETROACTIVE INCASE A DOUBLE HEADER SHOULD FALL, ALLOWED BY GUINESS IF I DO NOT SET FOOT IN the same park twice in same streak

COULD BE USED IF I MISS THE WHITE SOX DOUBLE HEADER ON THE 30TH AND I WANTED TO MAKE THE REST OF THE TRIP AND FOREGO THE DOUBLE HEADER GAME OF KC ON THE 6TH FOR A 30-25 RECORD. AT… Continue

Yikes, It Was Hot! 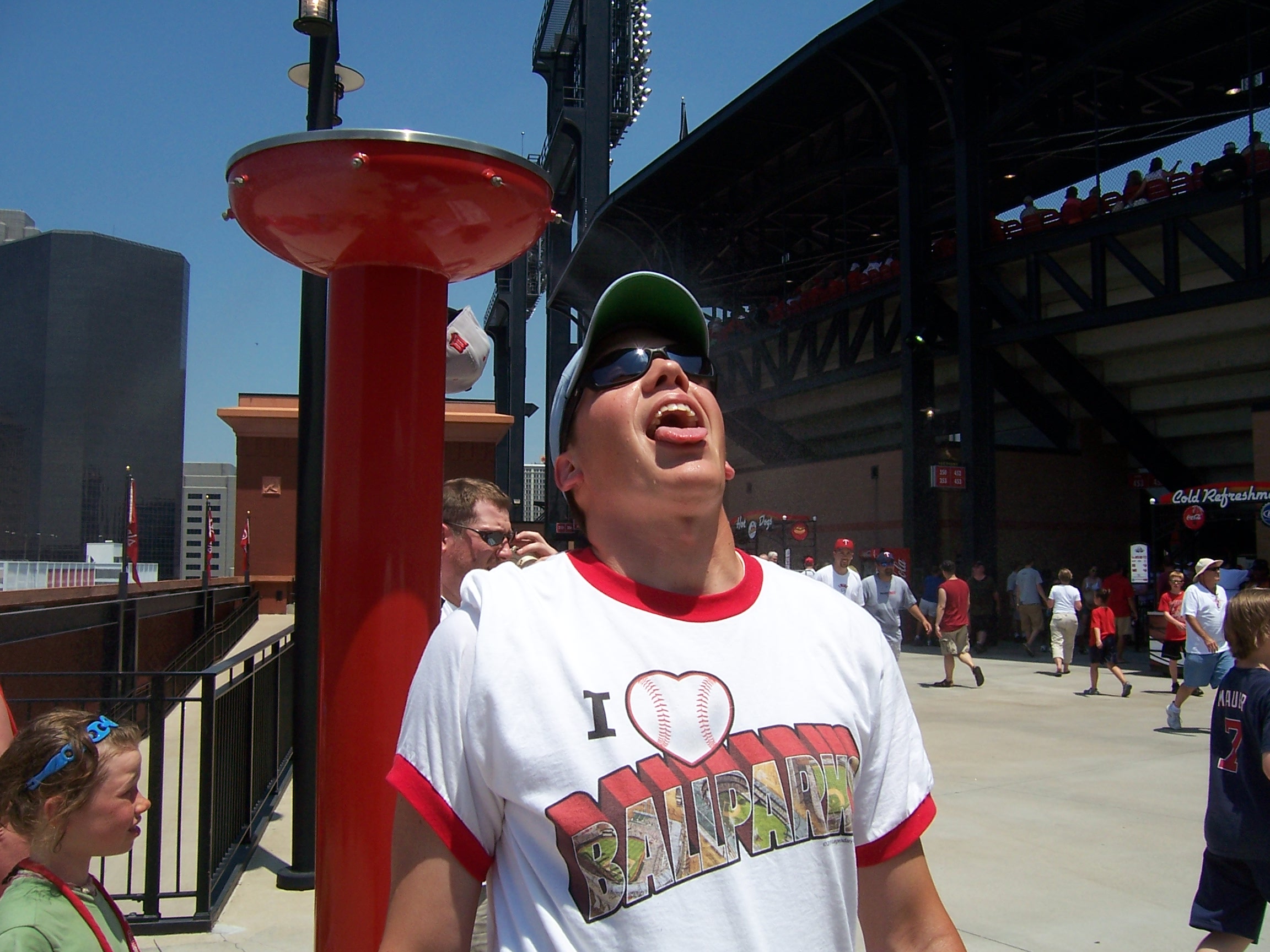 My ranking of the 30 MLB ballparks

Part 1 of "Ballparks of the Midwest" on KCRG-TV9. Click on that link to view video stories I put together from Clinton! 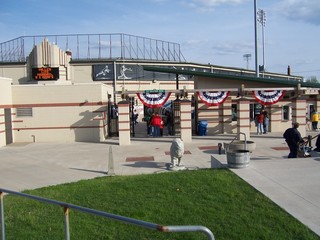 Join me on my trip/tickets free with donation

Since I originally had a a different schedule before I have some extra tickets that I am not using for some cities. I would be willing to send them to any ballpark chaser. All I would ask in return is when the person would receive the ticket to make a small donation to the Charity I am campaigning for during the World record Attempt.

Here are the following dates and amount of tickets.

I am thinking about going on a southern or Midwestern Ballpark roadtrip.

This is in regards to places I've sat before...

PNC Park- upper deck 3rd baseline... great view of the city, bridges and river, best view in baseball!
Fenway- seats near Pesky Pole (bring a sharpie to sign it)... your as close as you can get to the action in fair territory in the majors, very unique view of entire outfield and Green Monster.
Great American Ball Park- right center field… Continue

I'm getting ready to head down to Petco Park again this year for the July 3-5 series of the LA Dodgers vs. the SD Padres, and I have the good fortune to seeing Manny Ramirez make his return to the Dodger blue that weekend. Our seats are fantastic and we're staying right across from the park! You can't ask for more, except for the Dodgers to sweep the series.

That is me! I did not grow up rooting for all three teams, but somehow I ended up that way. Before I get into the story, let me say that I am a huge baseball fan and could watch any two teams play. There is nothing better to me than spending a warm sunny day watching baseball.

The first team is easy. I am from Chicago so it is natural that I would be either a Cubs or Sox fan. Not exactly sure why I gravitated to the Cubs and not the Sox. Perhaps it had something to do with my dislike… Continue

Ballparks and Work, a Great Combination!

I just returned from a ballpark vacation that included Nationals Park (Park #30 for me, although I still need 6 of the active MLB parks), Fifth Third Field in Toledo, and Wrigley Field.

I've written up a few thoughts on those parks at the link below, plus I am launching a new project for work next week where I get to go to ballparks!

Looking forward to visting new Yankee Stadium and Citi Field this week, 2 games at each park. Trip begins Wed night for the interleague series between Yanks and Nats. I sprung for the $90 field box ticket down the 3rd base line. For Thursday matinee I'll be sitting upstairs on the grandstand level. On Friday night another interleague series, Rays and Mets. Sprung for the $90 field box seat for the first game and will settle into the promenade level for Saturday afternoon game. 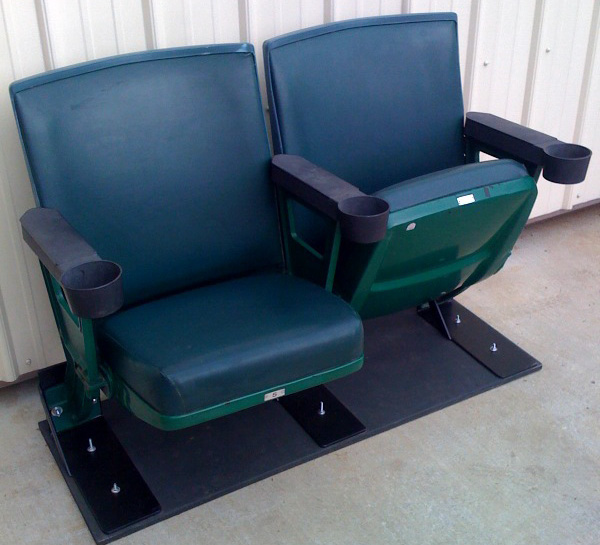 In the original memorabilia auction in 2005, these seats were only available for purchase to the season ticket holders. These seats came out of Sections 1-10, field level directly behind home plate in old Busch Stadium. You can't find these anywhere except at S&S Seating!

Perfect Father's Day gift for the Cardinals fan in your… Continue

Priceline.com came through big time for me in Cleveland!!

So I went to Cleveland to see the Yankees/Indians game and went on priceline.com hoping to get something pleasent enough to not want to run out at 3am kind of hotel.

I bid $40.00 expecting to get a days inn or something like that...imagine my suprise when the Hyatt Cleveland Arcade, one of the highest priced Cleveland hotels on the Progressive Field Chasers Guide popped up. The normal night in that hotel is 229.99!!

So anyone planning on Cleveland, take a chance on… Continue

I think I've pretty much contemplated the entire day on the topic of a new blog post, so here it goes...

The first question I get most of the time, is how and why are you a Detroit Tiger fan? My answer usually takes a minute or two to explain. Most people are confused at first, but then they understand. I was born, raised, and continue to live in Louisiana. Where does Michigan come into the picture? It all started with a transistor radio in the mid-1960s. As a child, my father… Continue

These are the places I have been:

I've seen the following places, but haven't been to a game:

Here are a few more Target Field construction photos from 5.28.09. The best site on the internet for Target Field coverage is here: www.twinsballpark2010.com. 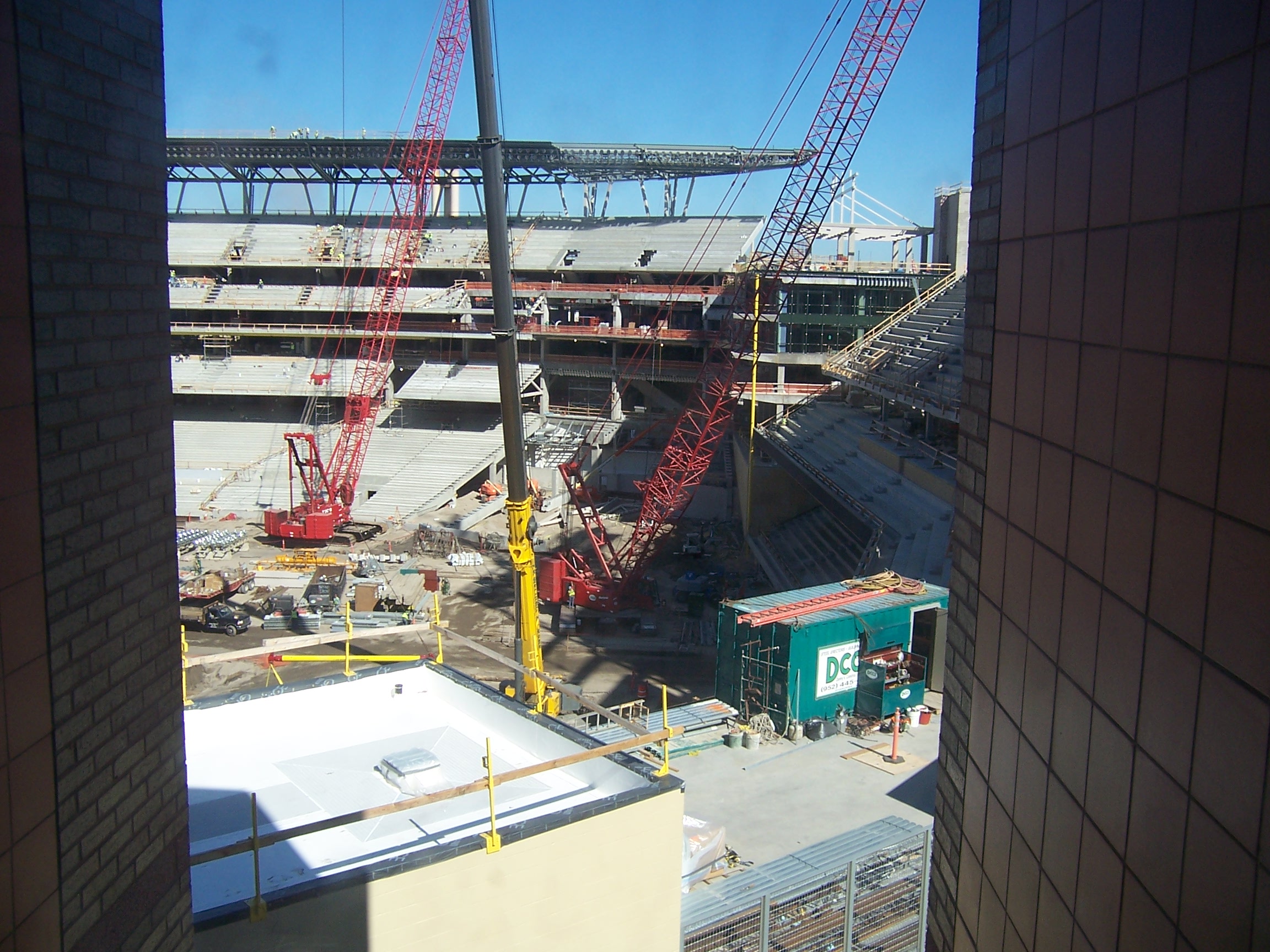 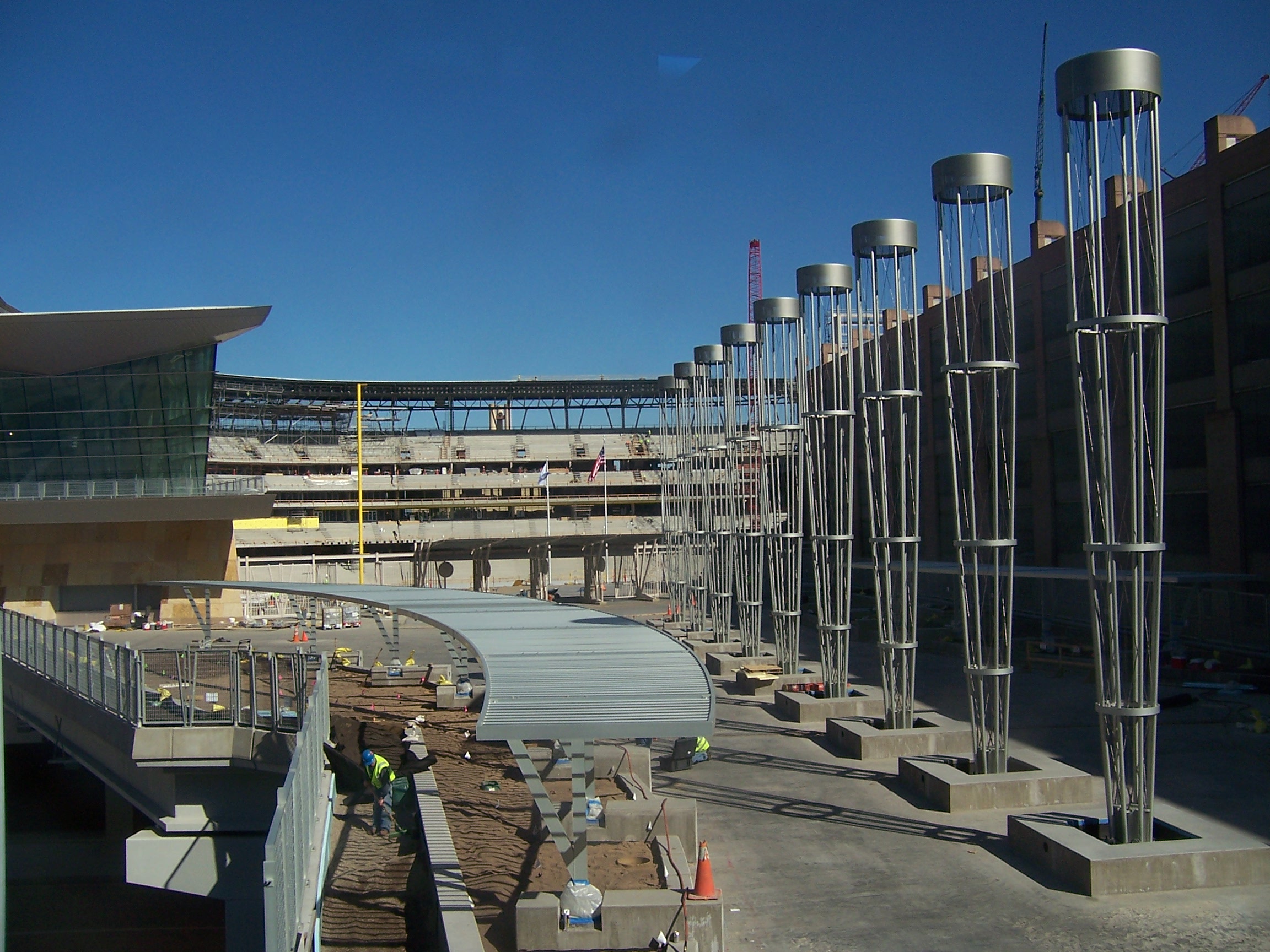 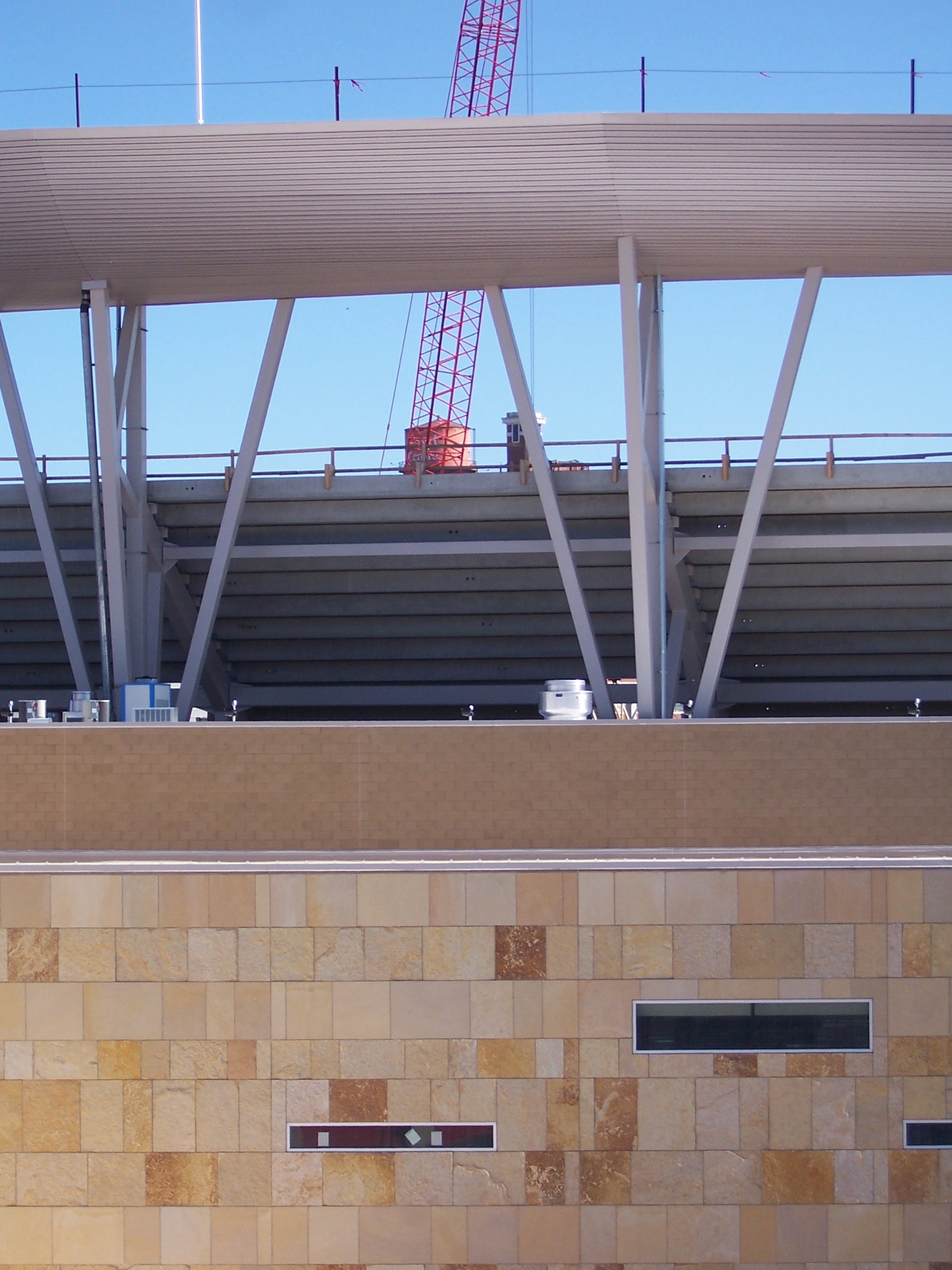 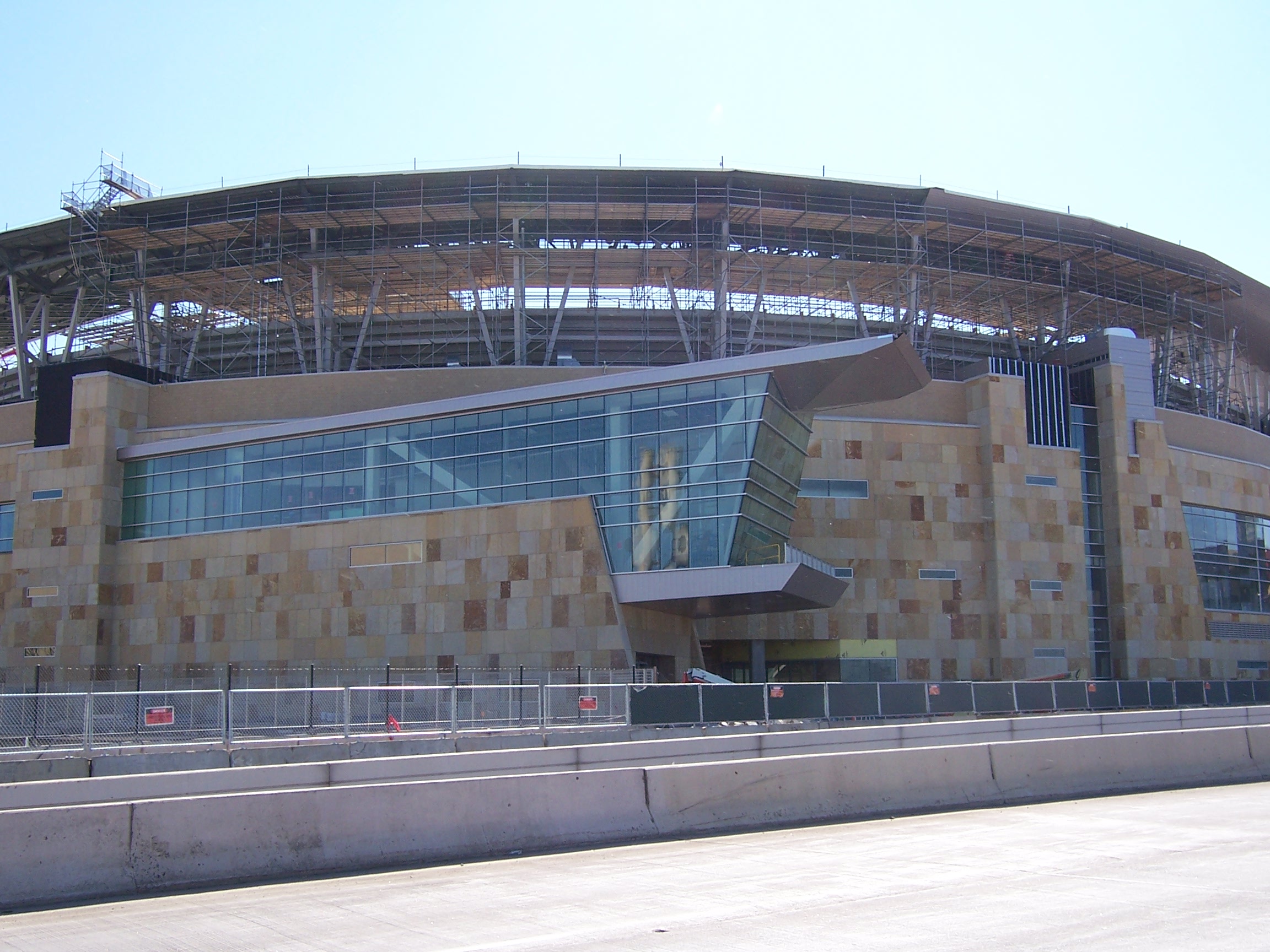