If you are ever in the Freeport, Illinois area make sure to stop by and take in Little Cubs Field, a scale version of Wrigley Field used for youth baseball games.

It is open to the public so you can also participate in some epic Wiffle Ball action.  I felt 10 years old again!  Check out some photos here: …

Just got finished with Chase Field.

I ended up staying in the Arts District midtown area at the Wyndham Garden Midtown on North Second Street. Although the hotel itself is very dated and needs a bit of a face-lift, the people were nice and very helpful. The rooms are satisfactory. Nothing special. Lower end on the pride too. I paid about $100 per night.

However, the reason I recommend this hotel, and more specifically this area near Central Avenue is the ease of use of the…

Hey everybody, I am new to this website and was curious about the passport program. Do the minor league stadiums have passport stamp locations within them like the MLB teams do? Thanks for the feedback and I'm excited to be a part of the group!

Looking for suggestions for Miami.. what to see around the ballpark and inside the ballpark. Must eats? Drinks? Etc.

My group and I will be heading to Cincinnati this summer and we will be staying near the ballpark. I'm wondering if the easiest/cheapest way from the airport  to downtown would be an Uber or taxi seeing as how there will be seven of us. Also we usually walk to most places around the area so I'm looking for some good sport bars or restaurants close by, and does anyone know  if the places I've seen on the Kentucky side are accessible by walking? Thanks in advance.

Do you have qualifications for what constitutes as "visiting a ballpark"? I saw a college football game at Yankee Stadium in 2010 (ND vs. Army). I counted this with the reasoning being that it was a major sporting event, was a few hours long and had a huge crowd. Just curious what others' thoughts are on this subject.

Hitting the Road with my Dad

My dad and I are taking a baseball road trip Wed-Sat of this week, I can't wait.  It was actually about 5 years ago that my dad asked me if I was going to try to go to all of the MLB stadiums at some point.  I had always liked going to different stadiums when I could but I had never made a point of traveling just to see stadiums or thought of seeing all 30 as a goal.  At the time, I had seen I believe 5 of the current stadiums.

So, we'll be starting in Chicago to see the Dodgers play…

We are celebrating our 30th anniversary hitting #18-#25 over 3 weeks. Saw Indians and Cubs last weekend Brewers. Twins. Royals Rangers. Astros and Braves coming up. Any recommendations?

I'm heading out to stadiums #20 and 21 for this year.  Going to watch the Astros then Rangers.  Any "absolute have to do's"?  For a family?

I just completed a trip to the Rust Belt with my brother for stadiums #5-#8. We thought the trip was going to be our worst one, but we were pleasantly surprised. Detroit, Cleveland, Pittsburgh and Cincinnati are all very nice cities.

We found the best BBQ chicken we've ever had at Red Smoke BBQ in Detroit's Greektown. It was moist, well seasoned, and out of this world when paired with their cherry molasses BBQ sauce.

In Cleveland we stayed at the Drury Inn Downtown. Drury Inns…

Just joined this site and feel at home.. I'm not crazy for wanting to visit all the parks! Just went to Pittsburgh and Philly for Stadiums 9 and 10 and have an upcoming trip to Texas for 2 more.. Just wanted to say hello to everyone on this site.. only 18 more to go! … 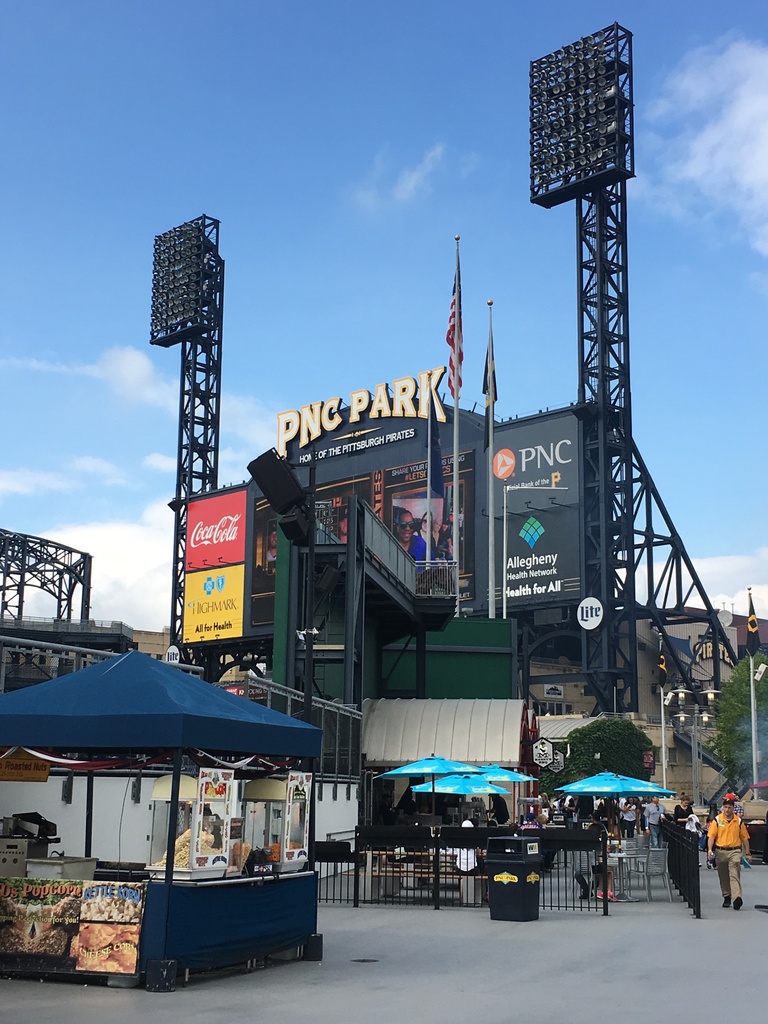 Saw my last 5 MLB ballparks this week on the East Coast. Have now been to all 30 of the current MLB  ballparks. Visited 27 of them in the last two seasons. Had a great time and met some great people along the way. Caught two foul balls this season, definitely a highlight. Went to my first Stadium Opener in Atlanta. Now it's time to start tackling the MiLB. Have only seen 6 of those so far so I have a long way to go. Hopefully bump into some more Chasers and Stampeders along the way,

I went to my first ever Major League Baseball game with my mom.  I suppose it is appropriate, then, that for the first game of this trip, I went with my mom.  Here we are by the old Home Run Apple from Shea Stadium, which sits out front of the stadium. 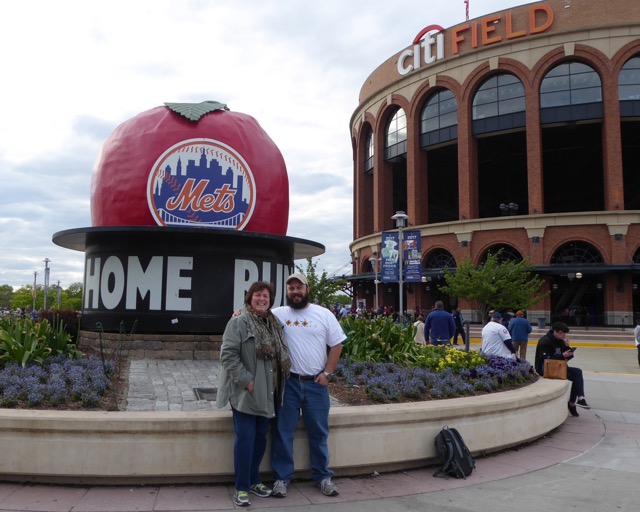 The Mets pay homage to the old Shea stadium in a number of places.  There are plaques in the parking lot…

Maybe it was because my first game was at Wrigley Field.  I walked out into the stands and thought, "What beautiful wonder is this, with pristine green grass and ivy covered walls under wide open blue sky?"  (Actually, I was seven or eight;… This is a wall in my office that my wife created showing me at all of the current ballparks, plus a couple more (Riverfront Stadium & Candlestick Park). I just replaced Turner Field with Sun Trust Park.

Been to them all

In 2013 I completed one of my bucket list items of going to all of the MLB ballparks. Fenway Park was the only one I hadn't taken my picture at, so we went back there in 2015, took the tour and had our picture taken.

Now with the Braves opening Sun Trust Park next month, I just got tickets to opening day. Looking forward to seeing another new ballpark!

Four Firsts for me!

Looking forward to a trip 3 weeks away, heading to Phoenix where a group of 4 buddies are meeting up, and I will be hitting four "firsts":

1) NCAA Final Four! Sorry, not baseball related, but I've been to 7-8 1st/2nd rounds of the NCAA Tourney, but never a Final 4!  Was lucky enough to get tickets this year, after many unsuccessful attempts.

2) Spring Training!  We will catch 2, possibly 3 games, as follows: