If you fly in to Denver, don't waist your time renting a car.I stayed down in what they call Denver teck center at Hampton Inn. Its right next to there train system that takes you anywhere you really have to go. If your not going to Rockies game. the train also stops right at Bronco's stadium,next stop at pepsi center for hockey and next, union station for coors field.. Great trip, Denver was awesome.!!

Planning to park on Kentucky side of Ohio River and take water taxi to game. Either water taxi or Purple People Bridge on way back to car.


Any suggestions or advice are welcome and appreciated!

This will bring got total to 10.

Hi just joined this site! Planning on going to Chicago, Detroit, Cleveland, Pittsburg mid August. Anyone interested in meeting up?

I am planning on the Diamondback game on July 19. Is anyone else available to join me? I am travelling by myself to Phoenix. I also need suggestions for where to park (are there shuttles?) and if it is possible to move from 1 level of the stadium to another. Some stadiums, such as White Sox and Dodgers, you cannot get from 1 level to another. Most stadiums you can move levels, and if by yourself usually can upgrade to a better seat. Also is Stubhub/Ticket Monster, etc., the best place to get…

Love going to the park

I have been to 22 of the 30 current MLB ballparks but have enjoyed the national past time at 38 parks. Huh?, you ask. I have been to 1096 regular season or playoff games (I don't count spring training) and have retained the ticket stubs for all of them. Some of these games are at stadii and parks that are only memories or if you're lucky, these sights of ancient gatherings have a marker, a plaque, or part of the structure still standing. Montreal's Stade Olympique , the Houston Astrodome,…

Hey chasers,
I have 8 extra tickets for BMets for Sat Sept. 3rd I can't use. Anyone want them?

Hey Everyone.
I'm just getting started here, and have plans to start a blog of my own about all things as a stay at home dad. One part of this blog is the quest my son and I am on to visit all the ball parks.
We don't plan on doing them all this year, or the year after. We hopefully have a very long time to complete our quest.
I used to travel on business before my wife and I decided to have kids and I started to stay home to raise my family. Usually when I would visit a new…

Down the Home Stretch

We have 23 out of 30 MLB parks in the bag now. We take a Jay Buckley trip next week and will get 5 more.

As a souvenir we get a team mini bat. We have no appropriate wall space to hang them so I made a rotating bat rack. What do you think? 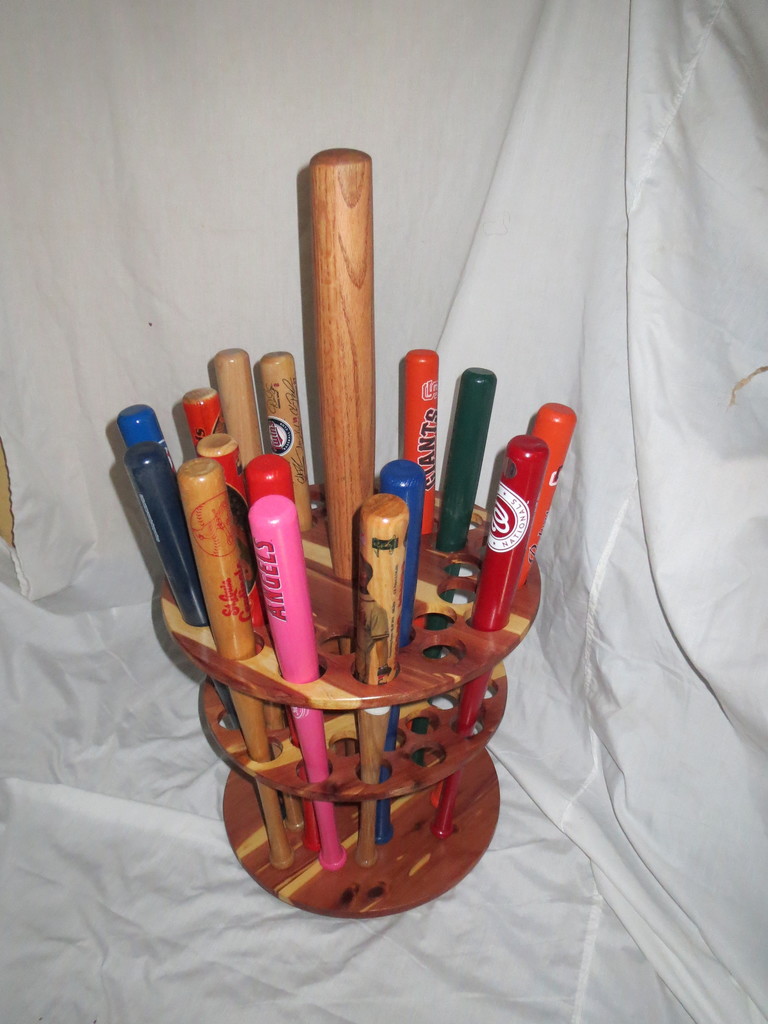 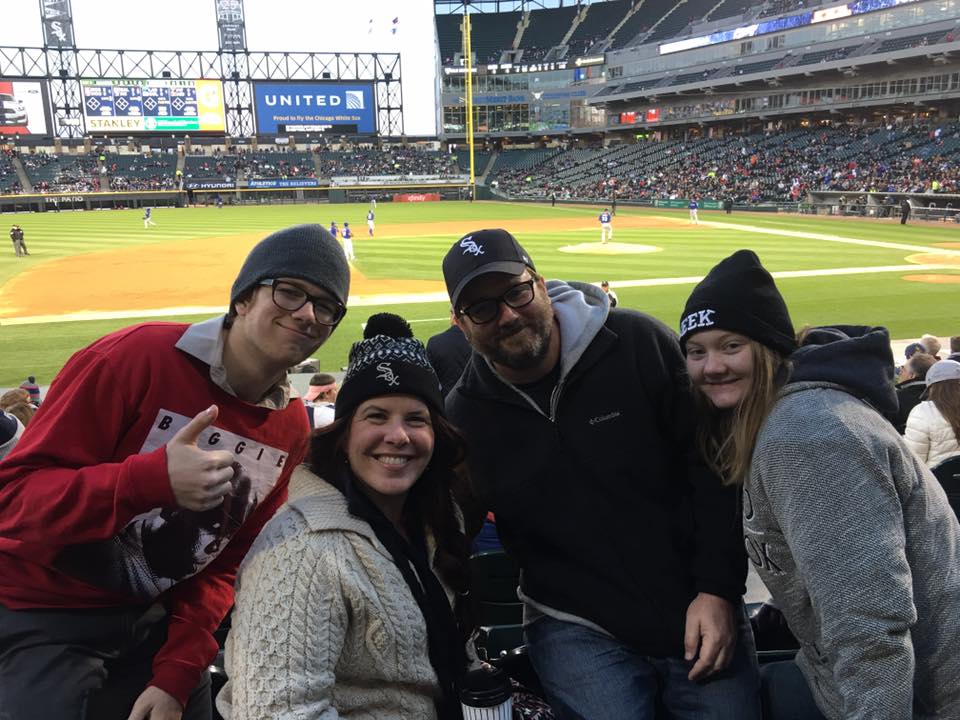 The field may be new, but the team, of course, is not. My son Frank and I have been to several games at Wrigley, but we’ve never been to US Cellular Field. My boyfriend John and his daughter joined us for this chilly spring game.

We drove all day to make it to Chicago for a 7:05 game on a Friday night. I was a little anxious about our arrival time due to…

Going to Cooperstown this summer we have our hotel confirmed and that's it, any advice on what else we should prepay? Tickets to ceremony ?

Chasing A Ballgame In Cartagena Colombia

Just got back from a vacation to Cartagena. What a great trip. I figured some folks here would find this interesting so I thought I'd share. I'll try to keep it short and let the pictures do the talking.

One of the highlights of the trip was chasing down a game somewhere in Cartagena. I knew going down there, their winter leagues at the stadium were not going on. However, I had read about street ball leagues that play on Sundays (for many their only day off) and was hoping to catch a…

Hello, Ballpark Chasers. My name is Matt, I'm from the greater Pittsburgh area, and I live and die with the Pittsburgh Pirates (mostly die, until recently).

I go to 35 or 40 games a year at PNC Park. I love seeing other ballparks too, and I've done a few weekend trips to see the Pirates play on the road in nearby stadiums. It's always been my dream to take a road trip and see all 30 parks, though. I hope I'm at a point someday that I'll be able to do that.

Every fall, when MLB…

Hotels in Washington near Nationals park

Good Morning, I will be in Washington June 28th-July 1st and was wondering if any one had an recommendations for hotels near the stadium. I'm not really looking to spend a mint, but im also not looking for a Motel 6. Any help would be greatly appreciated.

My Chaser experience includes buying a game used base from each ball park I visit that day. Most parks have a authentic game used equipment store or kiosk. I cannot find any such information on this with the White Sox. Does any know who to contact for such a request? ....Thank you for your help!

Many of you may know of Stadium Journey, a website and magazine run by Ballpark Chaser member Paul Swaney. They specialize in publishing reviews of sports stadiums from around the world with the goal of providing information to travelers so they can make the most out of their trip to a live sporting event. They've reviewed more than 2,300 venues around the world in 54 countries. Paul is currently recruiting for writers, and I agreed to share with this group. They currently need writers in…

Pete Rose: His Un-American Actions are Costing Him a Second Chance

Pete Rose has been banned from Major League Baseball for more than 25 years now. I think there is one very simple reason why the all-time hits leader {4,256 for his career} hasn't been let back into the game. America is known as the "land of second chances," and, if Rose had come clean to Bart Giamatti – admitting that he committed the number one sports sin by betting on his sport – he would've ended up serving something like a 10 year ban.

So it turns out that something that we are…

Hello, I hope everyone had a Joyful Christmas. I'm snowed in here in OKC and figured I'd look into my plans for ballpark road trips in 2016.

First though a little about myself and where I've been. I just turned 40 recently and have been blessed to see many ballparks, both mlb and minors. I am a huge Dodgers fan and couldn't have been happier when the aaa team moved to OKC (sorry, Albuquerque). I've seen 2 games at Dodger stadium, the second being my most memorable game ever--Kershaw's…

Rockies fans deserve more than what they've received from ownership for 22 seasons of loyal attendance in Denver. Colorado has had some magic baseball moments[1995 and 2007] in the last two decades, but, over the long haul, Rockies pitching has been substandard for MLB competition.

By now, it is well known that the Brothers Monfort and Jerry McMorris, were not the original ownership group that was going to lead the Rockies. The Rockies were going to be owned by a group led by…