I'm visiting the 8 teams in the Midwest League that I didn't visit last year for my work project, "Ballparks of the Midwest." Season 2, Part 1, is Community Field in Burlington.…

LGA/JFK/EWR AIRPORTS
If traveling from out of town there are many ways to end up at Yankee Stadium. Remember to bargain for best price buy using www.kayak.com and click on the nearby airports feature. Any one of these 3 airports listed above may take you to a ballgame.
I prefer to fly into LGA when attending YANKEES or METS games… Continue

I am not trying to re-break my own record no, this is the start of posting my guides to visiting all 30 major league ballparks, I will post 30 stadiums in 23 days. I am going to save some of the nuances and traditions for the actual story portion of the book. This is an informational guide for those who wish to watch a game-and have all the information to do it.

ESPN just published these baseball odds. I thought it was pretty interesting.

There is a 1 in 11 chance that a game will go into extra innings.

What do you we offically count on this site as visited we know there is 30 parks but many today have a new and a old one, so if we visited old ones does it count to the list? and also does minor league parks count? need answers people

Philadelphia was our most recent destination, stopping by Citizens Bank Park to watch the Phillies and the Twins do a little interleague battling. The trip was really cheap ($18 roundtrip) because we got a great deal on bus tickets from DC to Philly. We got there a little early and got a chance to go to Independence Hall and to see the Rocky statue at the Philadelphia Museum of Art. There was a long line of people waiting to take the picture with the bronzed Rocky but it moved very quickly and… Continue

My Take on Comerica Park and Progressive Field

Been a while since my last update on here, but I did end up getting to my ballparks this year of Texas, Detroit, and Cleveland. I loved Rangers Ballpark in Arlington and rank it high on my list. Now I went to Comerica 6 years ago but a lot has changed with that park and Progressive Field, which I have heard mixed reviews on, even by my friends who went to that park.

I'll start with Comerica Park. I am probably biased since I'm a diehard Tigers fan. But I thought the stadium was… Continue

Things to do in Minnesota...

Allright fellow ballpark chasers im planning a trip to Target Field next month and I was wondering besides the Mall of America what are some other things to do. I also enjoy going to the casino so if
you've been to one in the twin cities please let me know where its located. Thanks for your help all!!
James 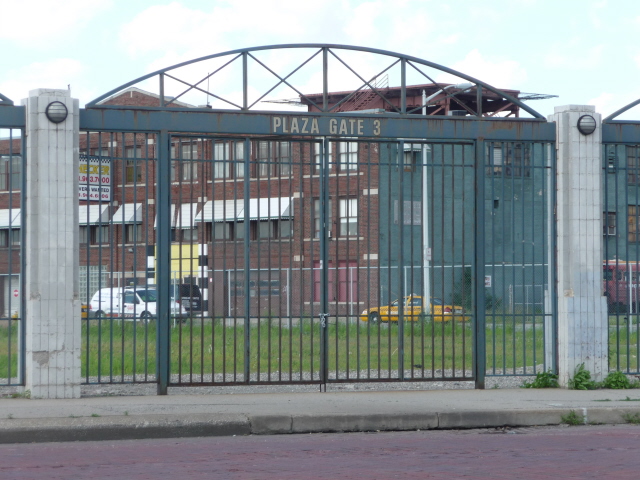 Just returned from our trip to Milwaukee and all I can say is "wow." My husband and I were instantly impressed with the Brewer fan base. The tailgating was incredible - and unlike anything I'd ever seen at a baseball game. We were wondering if folks do that 80 times a summer....

We walked over to the Sausage Haus, which is across the freeway from Miller Park, just to check out all the tailgating and listen to a band that was playing. When we got there we soon realized that you needed… Continue 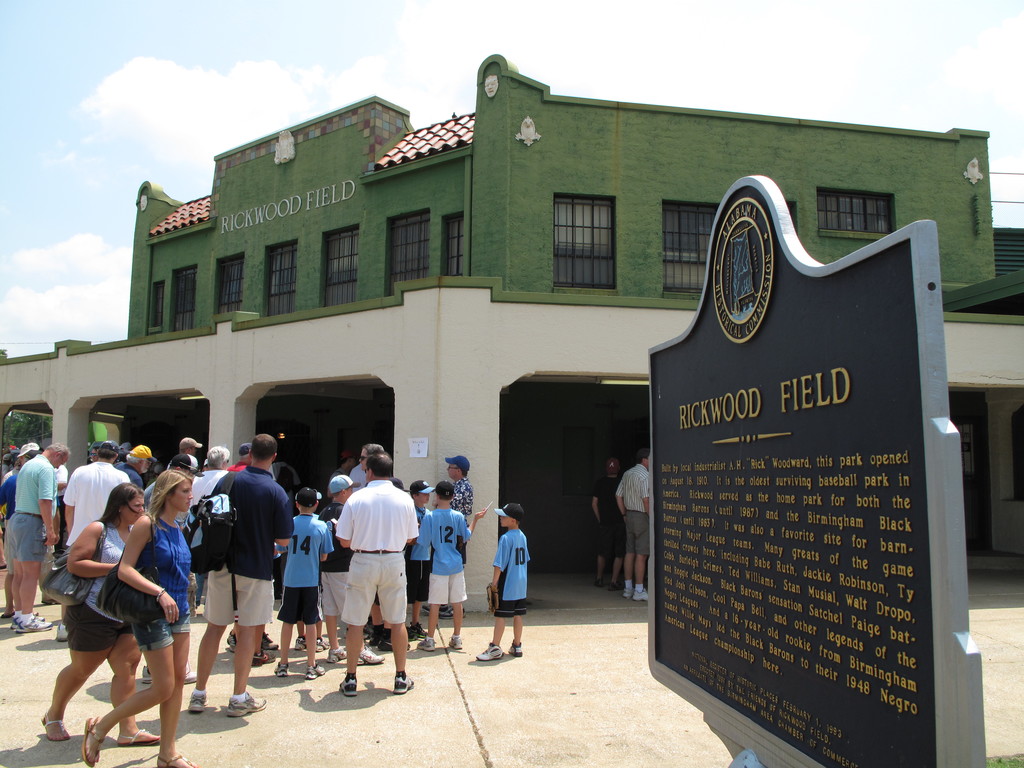 If you ever have a chance to go to Birmingham, Alabama, for the Rickwood Classic at "America's Oldest Baseball Park," don't pass it up, it is well worth the trip!!!
The 12 hour drive back to Iowa seemed like nothing last week after watching the Smokies and Barons battle to extra innings in 15th Classic, marking 100 years for the ballpark.… 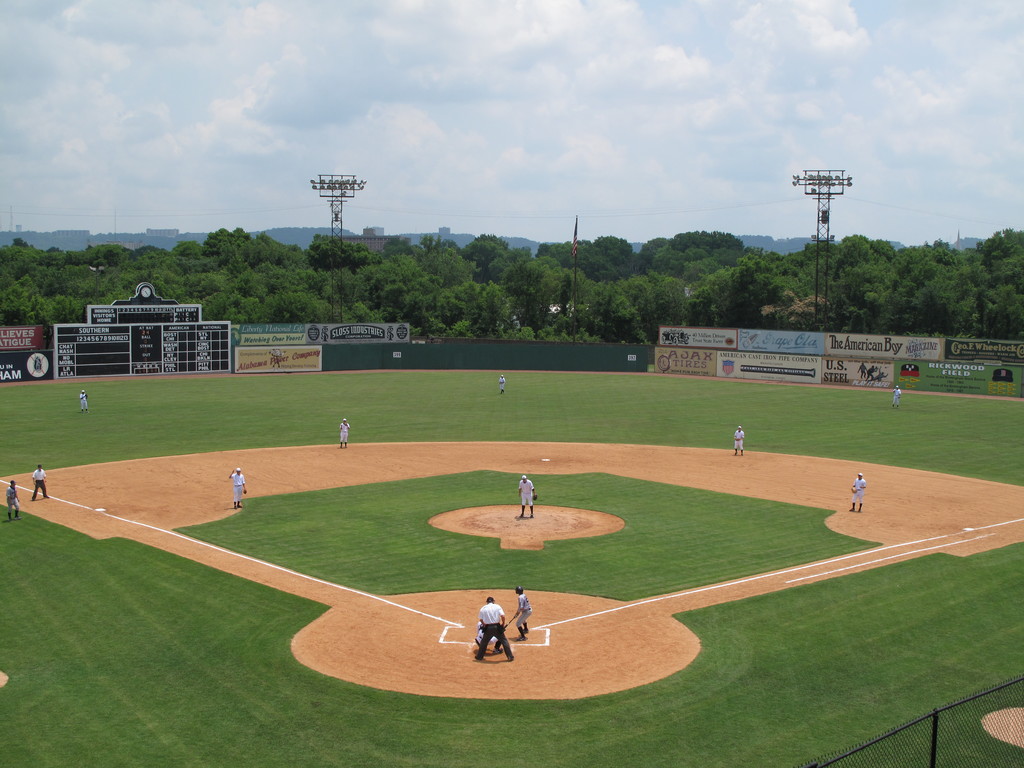 We went to Camden Yards on Sunday and had a great time. The park is located in the middle of downtown Baltimore so the areas around it are really nice. There are plenty of bars and food options outside the park at very good price and the Orioles are really good about letting you bring food to the park. Once we got inside, the park was packed with Red Sox fans. It gave me flashbacks of when the Red Sox came to Nationals Park and the place sounded like Fenway Park, more on that later.…
Continue

SAMPLE OF WHAT MY BALLPARK CHASER GUIDE NOVEL WILL BE ABOUT

Here are some ballpark chaser trips to consider when going on a lengthy trip.
CAR RENTALS:
The best way to ensure that you have money left available on your credit card, (keeping in mind that most rental places take a $200 minimum deposit), is to bid on your car through www.priceline .com. There is a feature where you can bid on your car rental for specific airport locations called ‘BID NOW.” You can offer a price that you have to pay immediately but… Continue

Been There, Inc! Certificate and a little bummed....

I'm a little bummed as I had hoped to get to Washington today to meet up with Bob but I just couldn't get it all worked out afterall. I have so much that has to be done for a deadline and just can't get away. But my heart is there today. (2 1/2 hours 'til game time and I'm tempted to get in the car and go anyway! I'd just look for a Cubs jersey and probably find him. I'm sure it won't be that crowded as there is rain forecast.) For Bob's sake, let's hope the game is played today. Sorry I'm… Continue

While I am not going on any record chase this year, I feel happy to start off the year by going to a game at DODGER STADIUM last weekend (May.24). I was surprised when I arrived at game time that traffic actually wasn't bad and that the day was cold . I was also sad to hear that JOSE LIMA had passed--he was one of my favorite people in baseball to listen to. I heard him interviewed on JIM ROME's show many times before and it was always awesome---it was always 'LIMA TIME---BELIEVE IT!!!" It was… Continue

I saw games in the Vet, 3 Rivers, River Front and St Louis in the 70,s 80,s, except for the arches in S.L. they where almost indistinguishable. Multi-purpose, they where better for football than baseball, the Vet carpet was the worst, took 3 years off Mike Schmidt,s career.

Also saw games in the old Yankee stadium and Shibe Park in Philly, now those where parks.
There was something about the smell of the old parks, beer, peanuts, cigars "old", they smelled old, it was great !… Continue

Milestones I have seen

In the past twelve months, I have been/will be in attendance for:
-Mark Buerhle's perfect game
-Jason Heyward's debut
-Tommy Hanson's debut
-Steven Strasburg's debut

I've only been to approximately 15 games over that time span. Some luck, eh? Here's to more of the same!